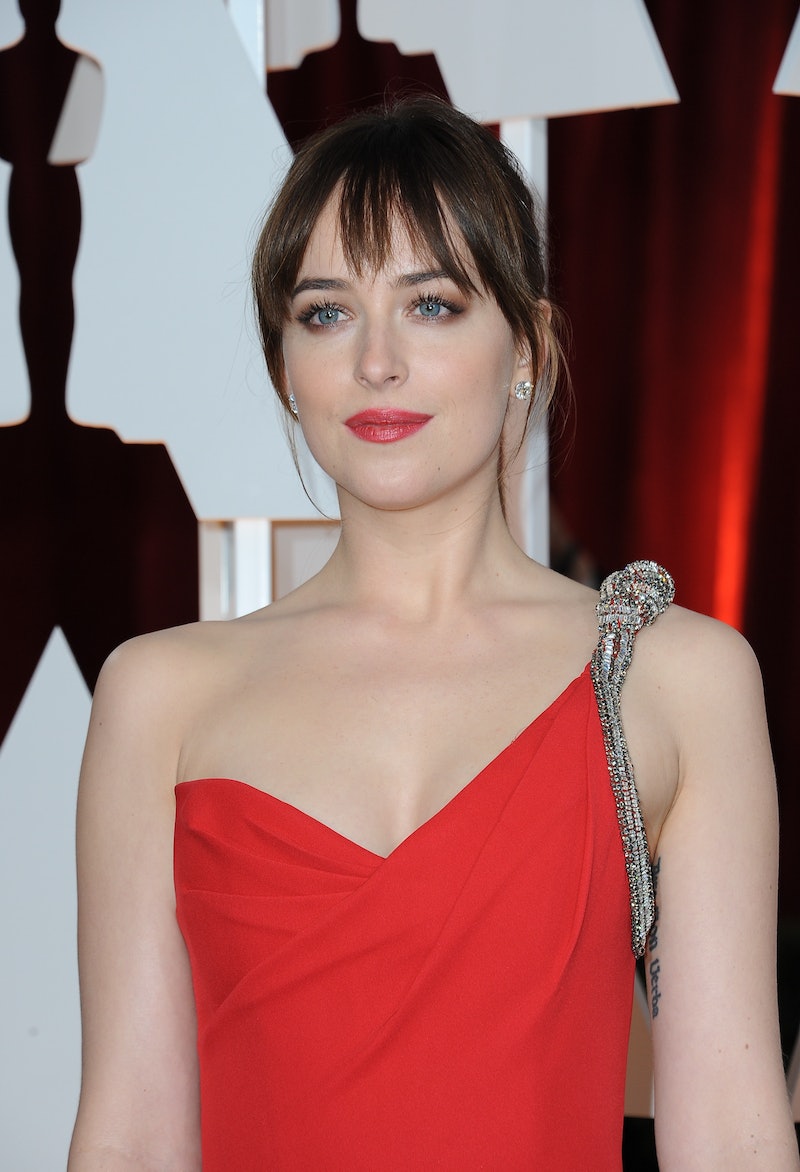 Guys, let's be honest. If Tina Fey and Amy Poehler are not involved, most memorable moments and quotes from most awards show telecasts come from the red carpet pre-show. With Giuliana Rancic and Ryan Seacrest's sometimes over-the-top ways of reporting and getting stars to talk to them (or not talk to them — sorry, Naomi Watts), there's no shortage of hilarious quotes that the two hosts and celebrities offer viewers. But the E! Network isn't the only place where we were able to get some hilarious moments from celebrities on the Oscars red carpet: ABC's red carpet correspondents Laura Spencer, Michael Strahan and Robin Roberts helped bring out some of the best quotes of the pre-awards telecast including bad parenting jokes from Chris Pratt and Anna Faris and ideas for better red carpet questions with the help of Jimmy Kimmel.

"I wanted to run into Laurel Canyon and chew on bark." — Patricia Arquette

“Let me bite his head off." — Giuliana Rancic, eating and Oscar-Man Candy

“When she wears something questionable, you know it's going to be a trend in like 6 months." — E! Network correspondent Ross Matthews on Kerry Washington’s style

“This necklace right here is worth more than my life." — Margot Robbie

"Mom, you don't have to see it. Jesus." — Dakota Johnson, telling her mother Melanie Griffith not to see Fifty Shades of Grey

“I’m not sure I know what a flogger is.” — Ryan Seacrest, being totally innocent about sex toys

“We just saw you." — Chrissy Teigen, to Ryan Seacrest

"I'm worried because I have a lot of names, and I'm sort of hoping, I'm not going to say who, doesn't win, because I can't pronounce their names right." — Ansel Elgort, on presenting

"I want to apologize, I'm really embarrassed, no one told me their was a dress code. My agent James Babydoll Dickson is fired!" — Jimmy Kimmel, on his casual outfit for the Oscars red carpet

"Ryan Seacrest has mononucleosis and it's effecting everyone tonight. Keep him away from me." — Jimmy Kimmel

“Well we have a little toddler at home so we’re not going home.” - Anna Faris

"He's two and a half, he can take care of himself.” - Chris Pratt