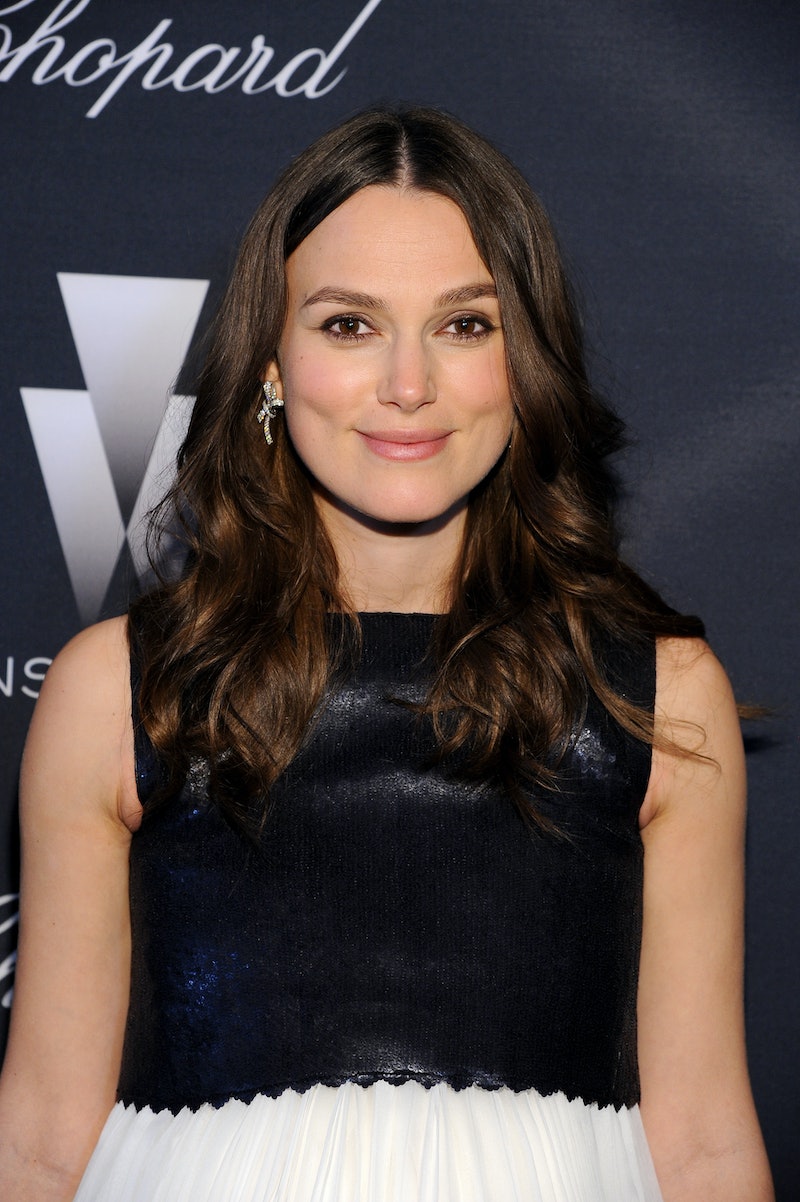 The Academy Awards are mere hours away, but the celebrities got in a little pre-Oscar's fun, minus the stress of awards, on Saturday night. Keira Knightley attended Chanel's Oscar's party and wore the chicest version of a flapper maternity dress I've ever seen. Obviously, pregnancy has been anything but a hindrance to her red carpet fashion.

Knightley stepped out for the dinner at Madeo restaurant in Hollywood with her husband James Righton, and once again wore a dress that camoflauged her bump. The 29-year-old has made several red carpet appearances this month, but her baby bump remains cleverly hidden underneath. She's clearly not having the skin tight, bump-on-display dresses á la Blake Lively. For Saturday's event, the Oscar nominee wore a two-toned Chanel dress with a black bodice and three tiers of pleated white chiffon rippling down below her knees. It looked like a flapper dress, but the three tiers rather than a hanging sheath helped better conceal her bump. The British actress finished her look with simple, black pumps.

Hats off to Keira for being able to pull off the 20s style while pregnant, but then again, I have a feeling there's really nothing this woman would look bad in.