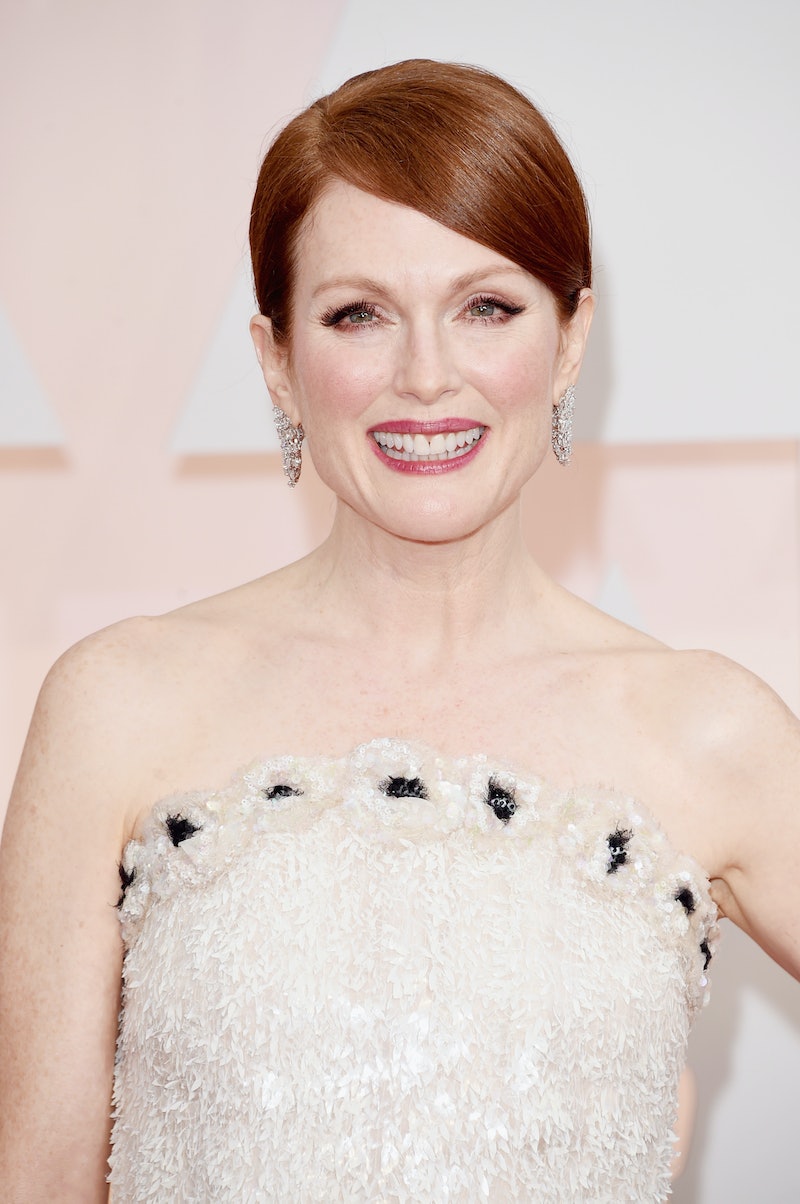 You know when you find a celebrity who just seems to get it? Like when you first figured out that Ryan Gosling wasn't just some pretty dude who could play Noah Calhoun or just about any other Nicholas Sparks character — but someone capable of understanding Lars Lindstrom or Blue Valentine's Dean or even Leland P. Fitzgerald? Yeah, well, the same sort of goes for Julianne Moore, her role as Alice Howard in Still Alice yielding her an Oscar nomination for Best Actress in a Leading Role — and a place [forever] in my heart. Don't get me wrong: I very [literally] fell in love with her post-The Kids Are Alright. But something about Alice Howard has left me with quite a profound Julianne appreciation, and one that's only growing as I watch her on tonight's Red Carpet.

Since appearing on this year's SAG Award's red carpet wearing the loveliest shade of emerald green (in Givenchy no less) that my eyes have ever laid sight on, I've been convinced that Moore's R.C. game is amped to new and unchartered territories. Like everything about her, her sartorial choices always preserve a certain kind of classic grace. Not boring. Never that — but, rather, exquisite in their simplicity. Comforting in their relateability. Take this custom Chanel gown, for instance. Perhaps we've seen derivatives of it in the past — be it in 1920s photography books or in our parents' old photo albums. But she still looks modern — youthful. I mean, Karl Lagerfeld made the gown specifically for her — and even though he's pretty much an Andy Warhol-esque jerk, he sure knows fashion.

Julianne Moore isn't an everyday, "it girl" kind of actress. She's not someone's whose love life we scrutinize at all hours of the day or who we could ever say anything truly bad about. And her dress tonight echoes that warmth in the greatest of ways.

More like this
Remember When Benedict Cumberbatch Announced His Engagement In A Newspaper Ad?
By Hugh McIntyre
Machine Gun Kelly Wore A $30K Diamond Mani To The BBMAs
By Paris Giles
How To Master Baby Braids, According To TikTok
By Tomi Otekunrin
A Comprehensive Look At Blake Lively’s Glamorous Style
By Allie Fasanella
Get Even More From Bustle — Sign Up For The Newsletter