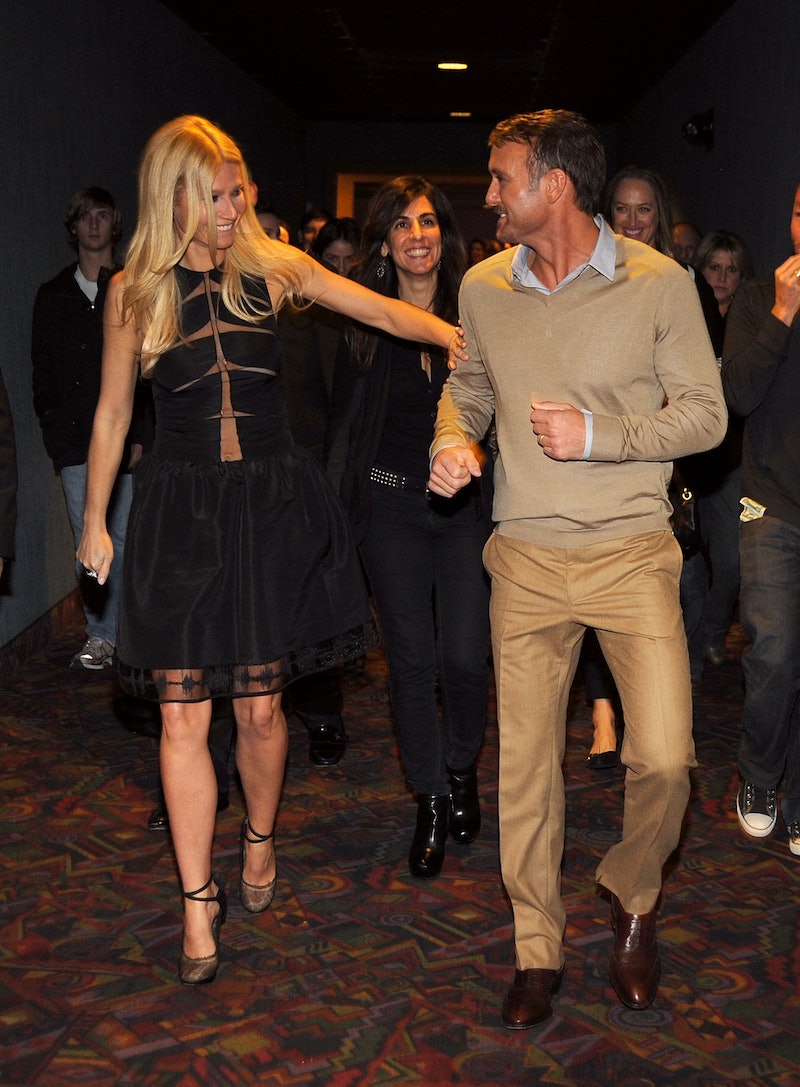 Gwyneth Paltrow is apparently well-acquainted with everyone in Hollywood: She rubs elbows with Jay Z and Beyonce, she hangs with Madonna, she lets Tracy Anderson beat her to a pulp on a regular basis. Paltrow cooks with Mario Batali, spearfishes with Jacques Cousteau, and drums with Mick Fleetwood. When she has questions about foreign policy, she has Condoleeza Rice on speed dial. She’s Dos Equi’s most interesting man in the world, except Paltrow is a real person. She’s basically unstoppable and after the Oscars, she's got us wondering if Gwynneth is friends with Tim McGraw too.

Before Tim McGraw performed Glen Campbell’s Oscar-nominated tune “I’m Not Gonna Miss You” at tonight’s Academy Awards, Paltrow introduced him as “my friend.” Come on, Gwyn. You can’t possibly be friends with everyone, or can you? Are you like, friends in the sense that you say hi to them in the supermarket? Friends like you pretend like you like each other but really you avoid each other in social situations? Because I have plenty of friends like that (maybe I should reevaluate my life), and those seem kind of like the friends that you would have in Hollywood, you know? How is Gwyneth Paltrow such a popular person?

Of course, Twitter was as doubtful of Gwyneth’s little black book as I am:

Well, I'm sorry to report (mostly because I hate being wrong), that Paltrow and McGraw do indeed have a relationship. Together, they starred in the 2010 tearjerker Country Strong, in which Paltrow played a struggling, over-the-hill country star and McGraw played her long-suffering husband. The two even recorded a song together, "Me & Tennessee," written by Paltrow's consciously uncoupled husband and Coldplay front man Chris Martin.

You win this time, Paltrow. We get it: You and McGraw are pals. But you're on notice.