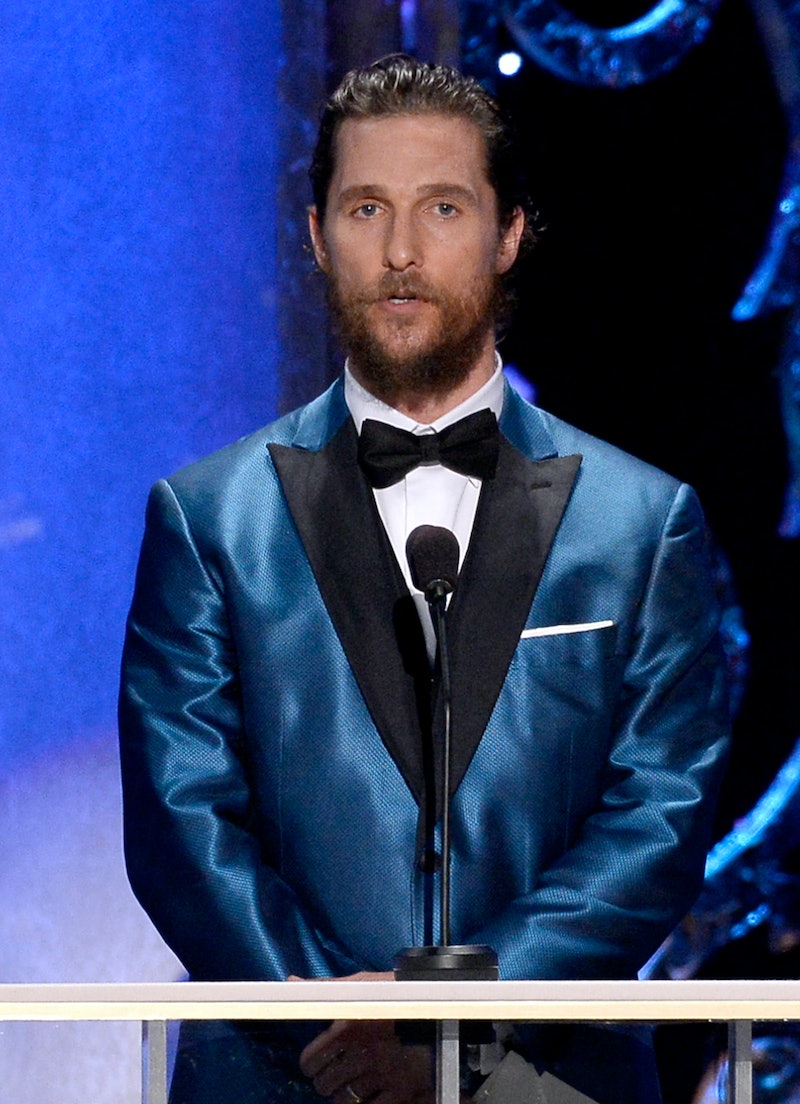 It goes without saying that it's not a proper gathering of A-list celebrities until Matthew McConaughey shows up and makes everyone just slightly uncomfortable. Sometimes it's because you're wondering how on earth the same guy who was in Fool's Gold is now accepting an Academy Award (2014), and other times it's because he's suddenly grown such a disturbing beard that you wonder if he is bathing at all anymore (2015). Yes, Matthew McConaughey debuted the beard to end all beards at the 2015 Academy Awards when he presented the best actress award to Julianne Moore.

Now, I have more than just one question about the beard (I usually have at least few questions regarding most of McConaughey's actions/wardrobe/life choices in general). First of all, is it in the in between stage of growth or something? Like, you know when you're growing out bangs and at a certain point it all just gets kind of weird? Is that what happened here? Except instead of just looking weird, it just started to look really, really scarily similar to pubic hair? I don't know. Just a question. Also, didn't someone step in and say, "How about a little trim, man? Just a little grooming to go with your wildly expensive designer suit?" Nope. I guess not.

And this is Matthew McConaughey we're talking about here. Odds are if someone had suggested something along those lines, he simply would have gone with it. But, alas, no one seemed to step in and save the day here. And what we're left is....well, just see for yourself. Really take it all in.