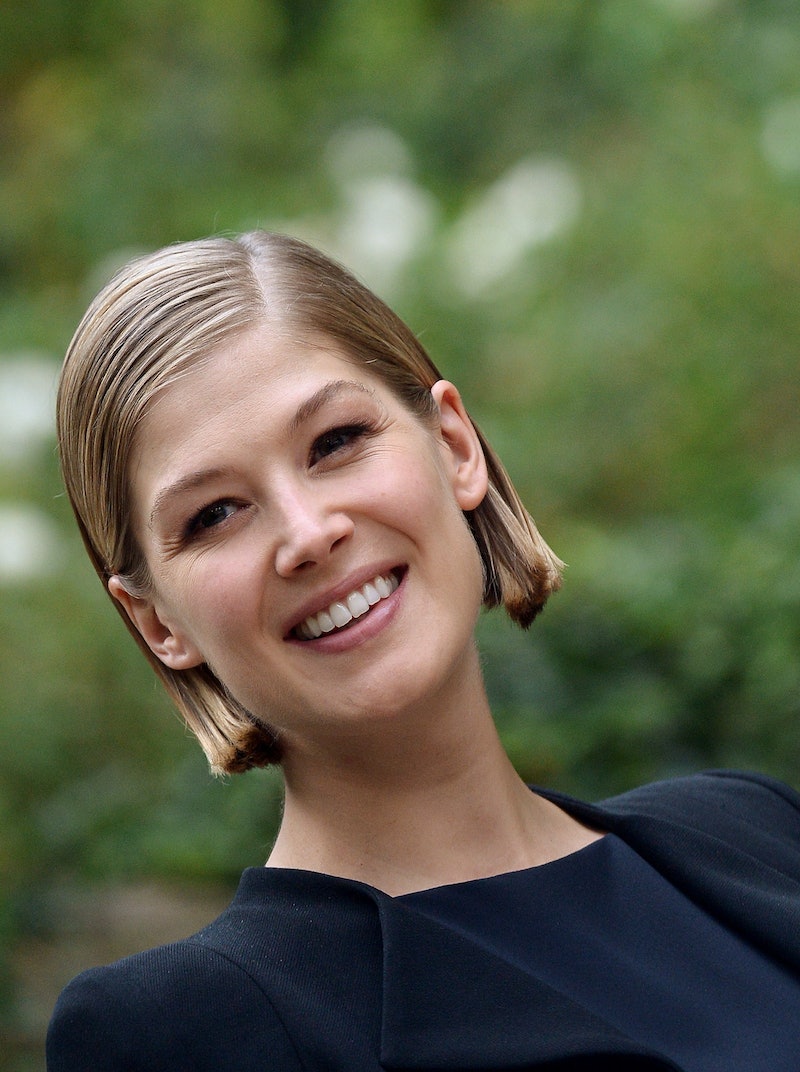 Remember how you used to get mad at your English teacher for telling you who died in Lord of the Flies before you'd even gotten to that chapter in the book? That's how the Oscars were, spoiling the twists in Gone Girl during the ceremony tonight. First, Anna Kendrick spilled a plot detail in song about Neil Patrick Harris' character. Then, the clip for Rosamund Pike in her category was taken from the last ten minutes of the film — they couldn't have chosen anything less spoilerific? Of course, Twitter had a ball with this. Celebrities and muggles alike took to their keyboard to critique the Academy Awards' handling of the nominated film.

Granted, the film has been out since October of 2014 and Gillian Flynn's book was published in 2012. It's a little steep to expect the Oscars to recognize the phenomenal story while keeping every detail on the down low. However, they could have used a little discretion. It's no M. Night Shyamalan, but the plot of Gone Girl does hinge pretty heavily on the big twist. For many people, the Academy Awards is the first they are hearing of the year's best films. I can't see how anything in tonight's presentation would make someone want to watch or read Gone Girl and that is a true shame.

Here are some of the Twitter reaction highlights. Spoiler: people are pissed.

Finally, this one was tweeted before the ceremony even started.

More like this
Remember When Benedict Cumberbatch Announced His Engagement In A Newspaper Ad?
By Hugh McIntyre
Tom Cruise Gives His Honest Review Of Lady Gaga’s New Song For 'Top Gun: Maverick'
By Hugh McIntyre
The 'Hocus Pocus' Sequel Finally Has A Release Date & It Makes Total Sense
By Shannon Barbour and Radhika Menon
What Does Doctor Strange’s Third Eye Mean?
By Arya Roshanian
Get Even More From Bustle — Sign Up For The Newsletter