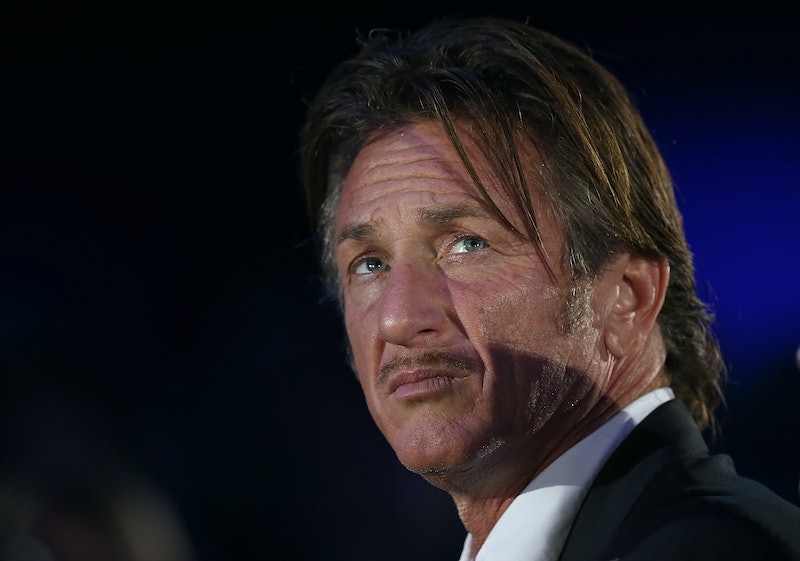 I'm not going to drone on about violence saturating our media, but I will say that we're seeing a whole lot of similar violent media these days, and Sean Penn's latest action movie doesn't seem to be interested in changing things up. Penn's new film The Gunman looks particularly familiar, and if you've seen any action flick in the past five years, you'll know why. I'll save my official opinion for when the film finally hits theaters, but from the looks of it, The Gunman looks remarkably similar to Liam Neeson's Taken franchise. Get ready for lots of guns, violent kidnappings, and explosions, because this formula is clearly working.

It's not all that surprising that The Gunman bears a striking similarity to Taken — both films were directed by Pierre Morel, whose previous work also includes action-packed (if less critically acclaimed) From Paris With Love.What's a tad disappointing is how similar the plots seem. Here's the plot of The Gunman , according to Movie Insider:

Sean Penn stars as a former special forces soldier and military contractor suffering from PTSD. He tries to reconnect with his long time love, but first must go on the run from London to Barcelona and across Europe in order to clear his name

And here's the plot of the latest installment of the Taken franchise, Taken 3, which Morel did not direct.

Liam Neeson returns as ex-government operative Bryan Mills, whose life is shattered when he's falsely accused of a murder that hits close to home. As he's pursued by a savvy police inspector, Mills employs his "particular set of skills" to track the real killer and exact his unique brand of justice.

Look, I get it. We all love movies with badasses running around beautiful countries with a gun slung over their shoulder and a relatively noble agenda that seemingly justifies their violence. I'm not saying I'm above it — I enjoy the occasional escapist flick as much as the next person. I just can't shake the feeling that I've seen this particular brand of it more than my share of times, and I'm not sure that Penn's new flick will be able to make me think otherwise, even if the great love of my life, Idris Elba, also has his name in the credits.

The Gunman hits theaters on March 20.