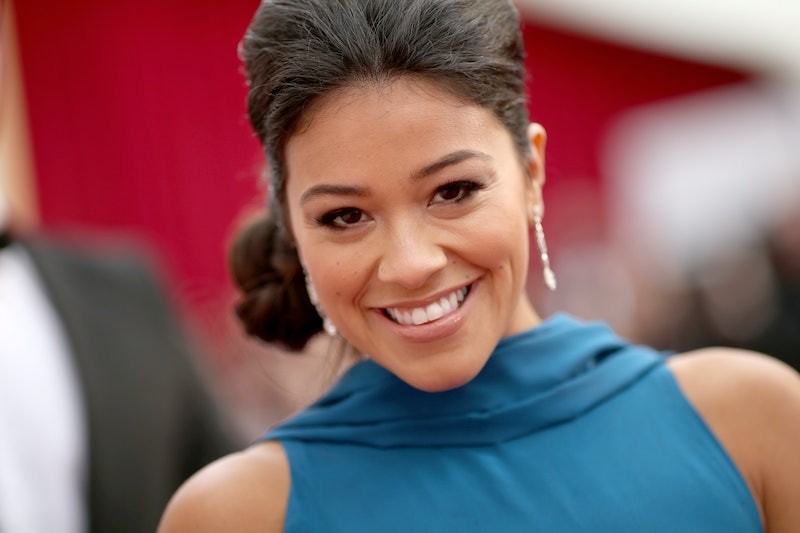 The 2015 Oscars had a huge feminist moment when Patricia Arquette's acceptance speech was about gender equality, but that was far from the only female empowerment going on during the big night. On the red carpet, Reese Witherspoon rallied for journalists to #AskHerMore (a.k.a. talk to women about more than just what they're wearing) and BuzzFeed used that moment to have actresses give advice to young women. Among the many incredible responses was How to Get Away With Murder's Viola Davis. Her advice is "to not live someone else's life and someone else's idea of what womanhood is. Womanhood is you. Womanhood is everything that's inside of you." Gina Rodriguez, who won a Golden Globe for Jane the Virgin this year, spoke out for working hard, yet not rushing anything. "Work hard. Be so good they can't ignore you," Rodriguez said. "Ultimately for any dream, for any goal, it takes a lifetime, and why wouldn't you want to give it that? It's not a race, it's a journey, and enjoy the journey."

Chloe Grace Moretz, the youngest actress whom the site spoke to, gave some words of wisdom from her mom about not trying to live up to anyone else's standards. "Don't take the Nike campaigns and the Victoria's Secret campaigns and think you need bigger boobs or a better butt or tighter abs or whatever else," she said. "Be happy with who you are and love your insecurities, because when you grow up, I think that's what's going to make you you. That's what's going to separate you from the group." For those powerful statements and more from talented women like Selma director Ava DuVernay and actresses Zoe Saldana, Felicity Jones, Anna Faris, and more, watch BuzzFeed's video below.