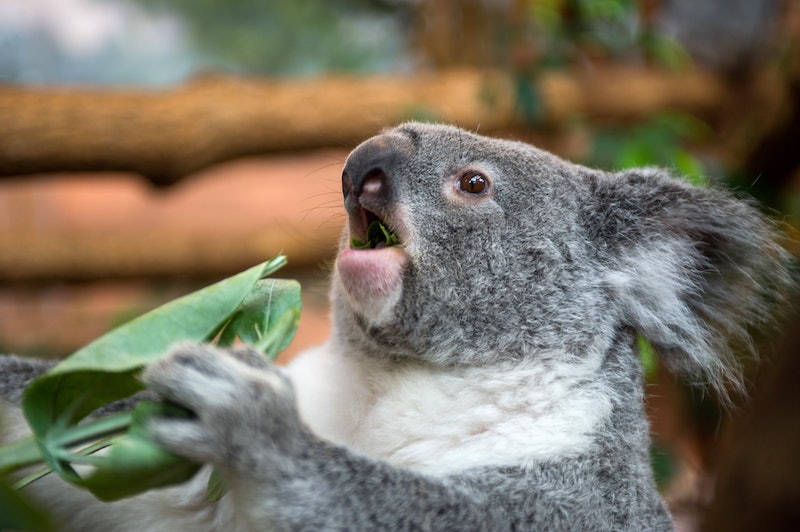 I grew up in Florida so I have way too many latchkey childhood tales of returning to the family home only to find a fat water moccasin (that is an enormous, aggressive, and super poisonous snake) draped across the threshold of my front door. Since our house backed up to a swamp, our parents warned me and my sister in scenarios like these to retreat to a neighbor's house. I can't imagine raising kids in a place like Australia and creating game plans should they run into one of the many animals from the deadly menagerie down there. And what about one of the most freaking adorable animals known to man? 15-year-old Sam Box's parents likely never prepped him on how to react should he ever find a koala poised in the driver's seat of his family's Land Rover, so he reacted as any teen would: He whipped out his phone and started snapping photographic evidence of the hilarity.

"It was checking me out as much as I was checking him out," Box, who lives with his family on a sheep farm in Victoria, said. "I opened the door and he just got out and walked away." I mean, I get it. Sounds like that koala had places to be. Wouldja just look at the little guy?