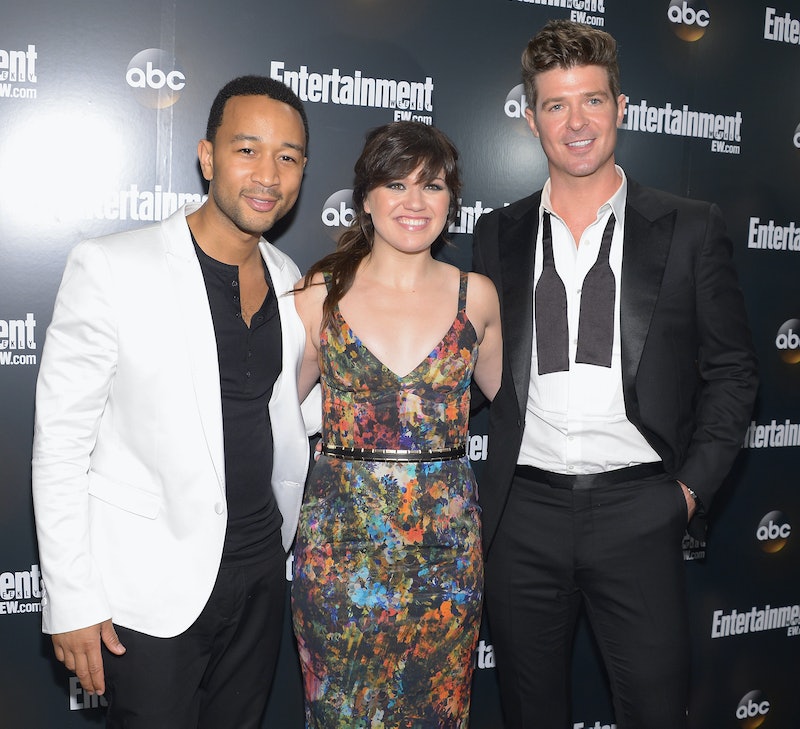 Your day is about to get a lot better thanks to Kelly Clarkson and John Legend's duet, "Run Run Run." The cover Tokio Hotel's song is featured on Clarkson's album Piece by Piece (out on Feb. 27) and is an interesting back and forth from two lovers' viewpoints, with both talking about how they run off. The first lyric may startle you, even though Clarkson doesn't have a cookie-cutter clean image. "I wonder how your body tastes/Inside of someone else's place," she sings. Her voice is soft and gentle, as is Legend's, but as the somber song builds, they both show off impressive range and breathtaking harmonies that will give you chills. "Tellin' all your friends that this love/Was just made for bleeding'/Hung up underwater but still keep on/Tryin' to breath in," Legend sings in the track before they sing the chorus together: "And you waited on the rain/Through tears my heart is caged/And we fall through fate/But we rise and rise again/And I run, run, run, run, run."

This isn't the first time that Clarkson and Legend have collaborated. During their time on short-lived ABC show Duets, they — you guessed it — duetted on Ray Charles' "You Don't Know Me," and during a Hollywood Bowl concert in 2012, Legend sang Jason Aldean's part in Clarkson's song "Don't You Wanna Stay." Check out all three duets below, plus the original Tokio Hotel song for comparison.