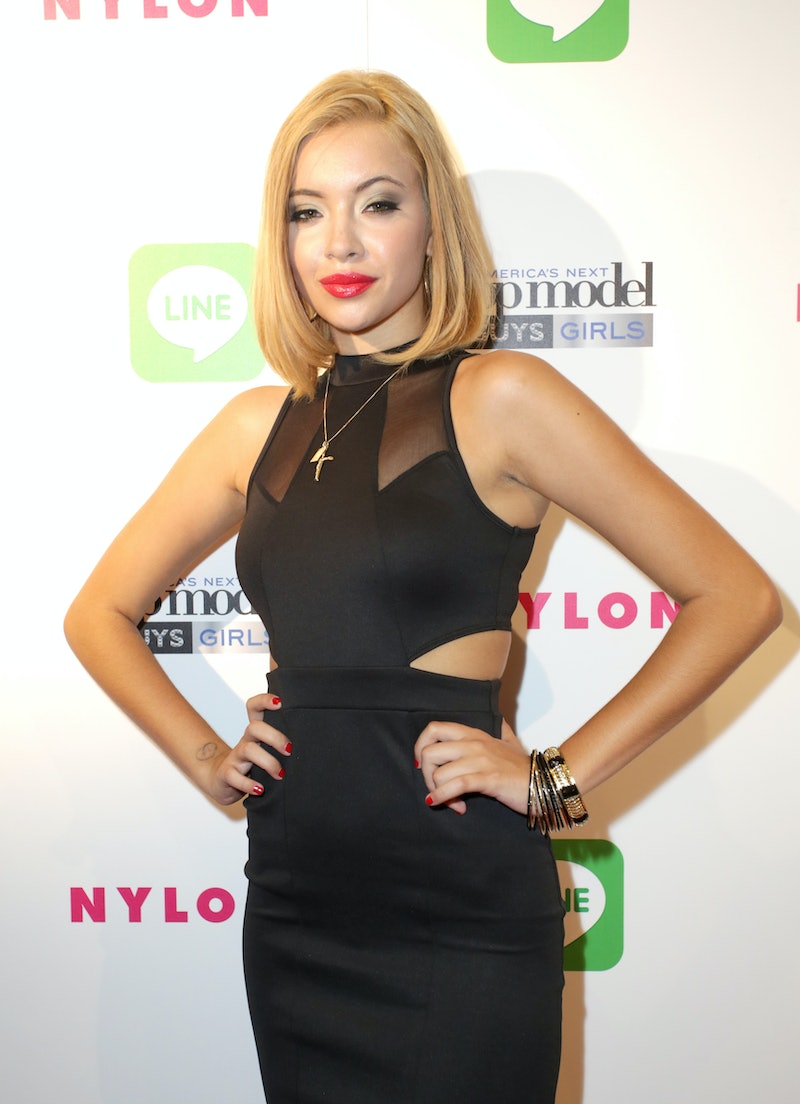 This news is absolutely tragic. According to E! News, America's Next Top Model contestant Mirjana Puhar was murdered in a triple homicide Tuesday. Reportedly, Puhar was among three killed at her boyfriend's home in Charlotte, North Carolina. E! reports police have arrested and charged Emmanuel Jesus Rangel, 19, with the murders of Jonathan Cosme Alvarado (Puhar's boyfriend), 23, Jusmar Isiah Gonzaga-Garcia, 21, and Puhar, 19.

Per police, Rangel was found Wednesday morning and taken into custody. After an interview with officers, Rangel was said to be charged with three counts of first-degree murder. He will remain in police custody. Also, E! reports that this is not the first time Rangel's been connected to a murder. On Feb. 22, 2015, apparently, Rangel was charged in connection with a murder in Matthews, North Carolina.

According to TMZ, a source told the website that a friend of Puhar and her boyfriend entered the crime scene after receiving a call that gunshots were heard. Reportedly, that same friend found Puhar and her boyfriend, but did not see the third victim. However, the friend allegedly saw "money scattered around the house." Based on preliminary investigations, police believe the murders were drug related and that the victims knew Rangel, according to law enforcement sources who spoke with TMZ.

Puhar competed in the 21st cycle of ANTM and was eliminated during the tenth episode. Keith Carlos, the first-ever male to win the modeling competition, tweeted the following photo of he and Puhar showing his love for his friend.