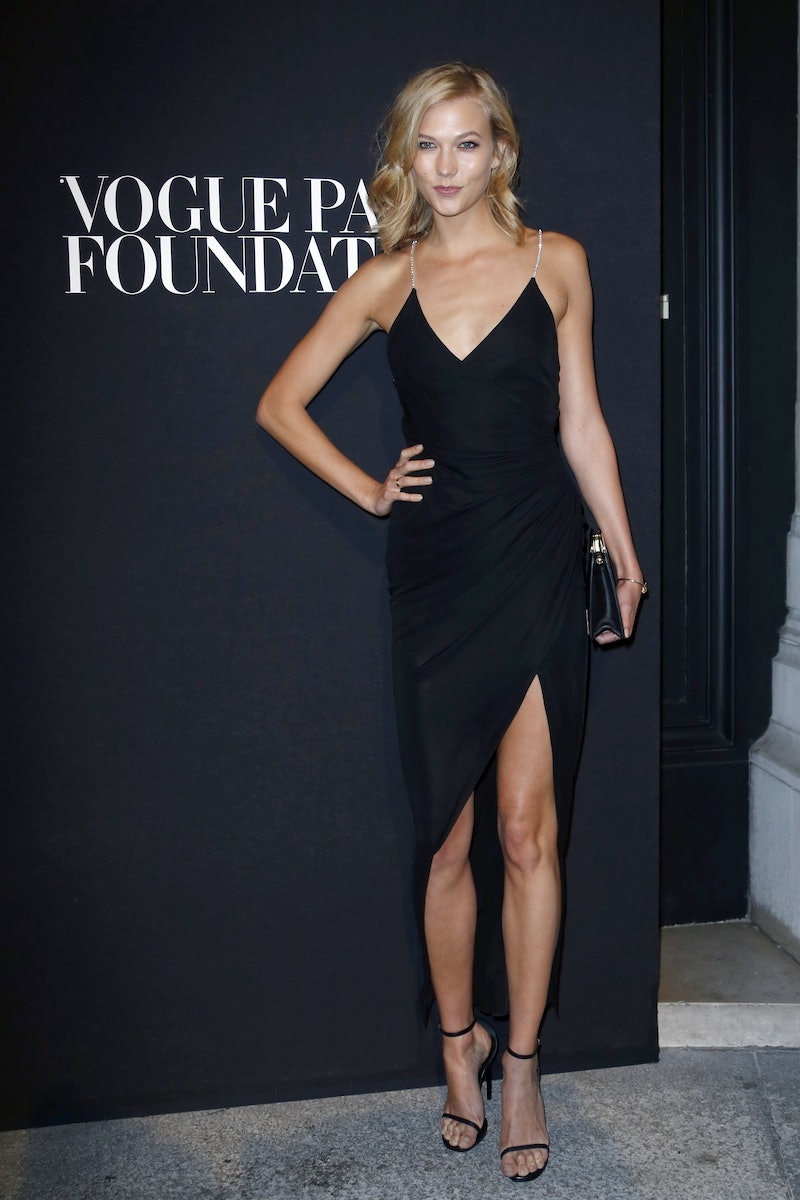 Karlie, is that really you?! We're used to seeing the former Victoria's Secret angel all glammed up in girly designs from Carolina Herrera and Michael Kors, but the feminine supermodel has taken her look in a totally different direction — a very dark and slightly creepy one. In a new editorial for V Magazine, Karlie Kloss looks nearly unrecognizable, and it's the perfect combination of high fashion meets horror movie villain.

The shoot titled "Blood and Roses" featured cutting-edge designs from Comme des Garçons, a label widely known for its broodingly dark, out-of-the-box looks. According to designer Rei Kawakubo "Blood and Roses is the expression of a deeper significance of roses, typically happy and pretty. Often in history the image of the rose was more connected with blood and wars, in relation to political conflict, religious strife, and power struggles," New York Magazine reported. The themes of blood and religious strife were definitely obvious in the terrifying shots that follow.

In some of the images, Kloss is seen wearing a clear plastic mask that sort of distorts her face, and looks pretty damn frightening. Coupled with slicked back hair and splattered blood across her body, it looks like she belongs on the set of a scary movie.

In other photos, the model dons a little-red-riding-hood type of cloak that embodies some type of religious sacrifice. Is she praying? Is she about to perform a crucification? I'm not sure but I'm a little scared.

The pictures are totally creepy yet still hauntingly beautiful. I'm digging it.