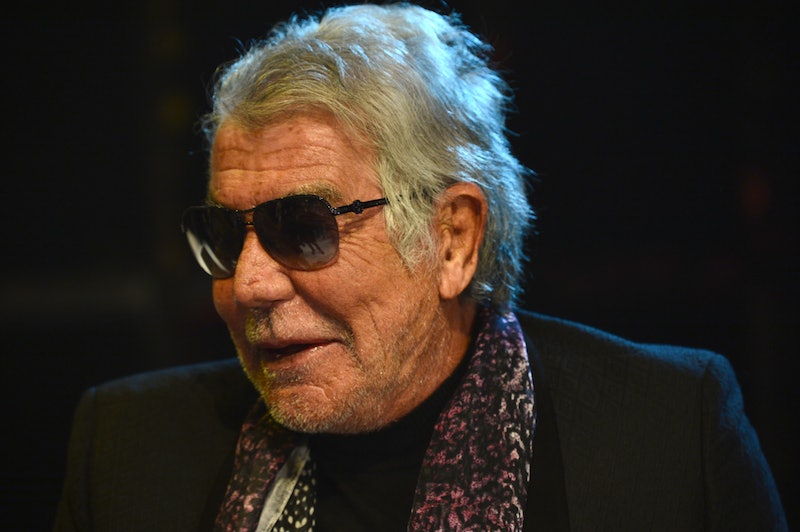 Fashion intersects with so many other artistic worlds. Fashion and tech, for instance, are increasingly entwined thanks to a whole host of wearable tech items, like jackets with phone charging stations built into the fabric. Fashion and street art have often crossed paths, but the union is now having all sorts of legal consequences, due to the difficulty of protecting intellectural property. Currently, Roberto Cavalli's Just Cavalli is being sued by graffiti artists and it sheds light on larger artistic, creative, and legislative issues.

Here's how it breaks down: The artists claim the brand ripped off a large mural they created on the side of a building in the Mission District of San Francisco with one of its designs. The lawsuit has been a bit of a mess, with lots of back and forth for the past several months.

Without getting too much into the minutia, the suit was filed in August of last year, with Jason "Revok" Williams, Victor "Reyes" Chapa, and Jeffrey "Steel" Rubin of The Mad Society Kings graffiti troupe contending that the Spring/Summer 2014 Just Cavalli designs committed copyright infringement, according to The Business of Fashion.

It's interesting that graffiti artists are so passionate about protecting their work and their intellectual property, given the very public nature of their art, but they have a right to do so as any other artist would. Several of these suits have been popping up in the fashion world, all expertly laid out in the BoF article.

But I'm focusing my attention on the Cavalli case and what it means overall.

The artists are so hopping mad since they believe that the brand creates the false impression that Roberto Cavalli is the actual artist and creator of the designs that were used when he is not. Cavalli has denied the allegations.

The designer seeks to have the claims dismissed, with the exception of one of the copyright infringement claims. The brand also says the artists do not point to specific elements that were copied and used, but they've said they are exact copies and their names are incorporated into the artwork. So the questions become complicated. Was the brand merely... inspired? Did it lift directly from the street art? And how, exactly, do you quantify and share the credit when it's "inspired by?"

Whew. Still with us?

The judge noted that the use of the artwork can be considered a misrepresentation. It's doubly problematic since it appears as though Cavalli is not only taking credit for the art but his use of the designs makes it seem that the artists themselves endorse his clothes, when in reality they had nothing to do with their creation.

Is this akin to cultural appropriation on some level, since art can't be borrowed without proper permission and attribution? See! There are so many levels to the issues presented here.

The main point here is how to sort all of this out. It will certainly be interesting and precedent-setting as this suit continues to cycle through.