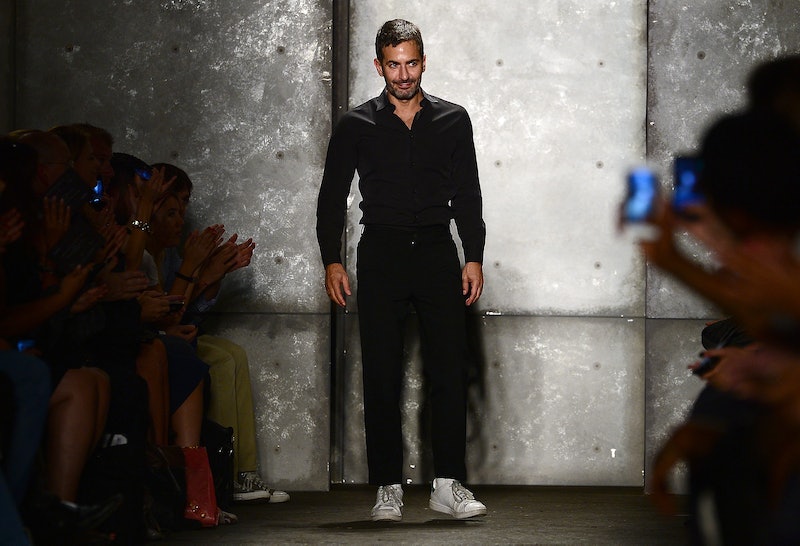 Ever wonder what the old guard of design thinks of the new guard? Apparently, crotchety Marc Jacobs has had it with all of these new kids and their damn social media, he tells Suzy Menkes in an interview with Vogue. “I look at young fashion and it seems like it's all the same - the idea of what is edgy or cool,” he says. “It's style with no substance; it doesn't really seem born of anything.” You hear that, young designers? Your designs lack any depth — you’re all just catering to the infinite void that is meaningless fashion.

“I just hope that somebody — like a younger person — will have that energy and power," he tells Menkes. "Or maybe there is nothing going on that has inspired that. But it doesn't seem like 'the street' or that idea of cool is new.” The street. Further elaborating on his disdain for today’s youth, Jacobs adds that he is “appalled” by the concept of social media. “I don't get it, it doesn't appeal to me, neither does a computer, or working on a laptop.”Now whether or not you agree with Jacobs, let’s not forget that he utilized social media to cast the models of last year’s Marc by Marc Jacobs campaign using the hashtag #CastMeMarc on Twitter. But perhaps this is all just a part of the grand philosophy of Marc Jacobs. “You don't know what you want until you see it, and then when you've got it you sort of want something else,” he says of fashion. “That's what keeps the whole thing going.”

Love something one minute, hate it the next. Gotcha.