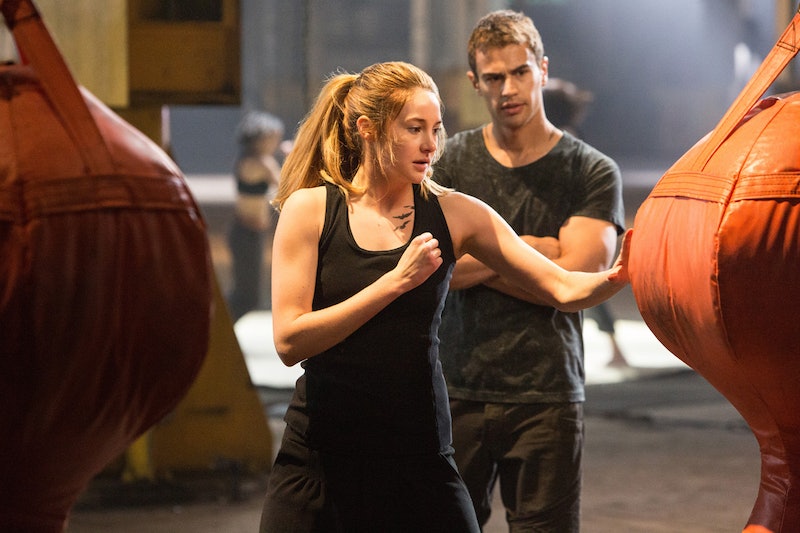 Is the sequel ever better than the original? It's a question asked by movie-goers everywhere, and sadly the answer is usually a resounding "hell, no." But according to Variety, Insurgent might actually surpass Divergent at the box office. According to industry tracking, Insurgent is estimated to make $57 million opening weekend at the box office, surpassing its predecessor by almost $3 million. Sequels may not have the greatest reputation in Hollywood, but when it comes to the Divergent franchise, the second time around might actually be way more fun and well worth the extra millions it is set to rake in.

Divergent, which is based on the first book in the futuristic YA series by Veronica Roth, tells the story of Tris, a girl living in dystopian Chicago where five "factions" are separated by their dominant personality traits. Tris becomes involved in a civil war amongst the factions when the Erudite attempts to take over the community. The new film follows the story of the second novel, and as action-packed as the first movie is, this new one should deliver even more.

The first flick spent a great deal of time setting up the world in which Tris, Four, and the other characters live in, but the second film can jump right into the meat of the story, which is the conflict that exists between the different factions. Plus, it won't spend time building a heroine — as fans of the first movie know, Tris is already a heroine in her own right, and she's got the amazing haircut to prove it.

Where Divergent showed Tris learning about who she is and what her role in the brewing conflict is, the new film introduces us to a confident rebel who isn't afraid to lead. It's an empowering story — especially for women — and if the film can replicate the same magic of the first movie with that, it'll certainly be worth $3 million dollars worth of tickets.

Insurgent opens in theaters on March 20.