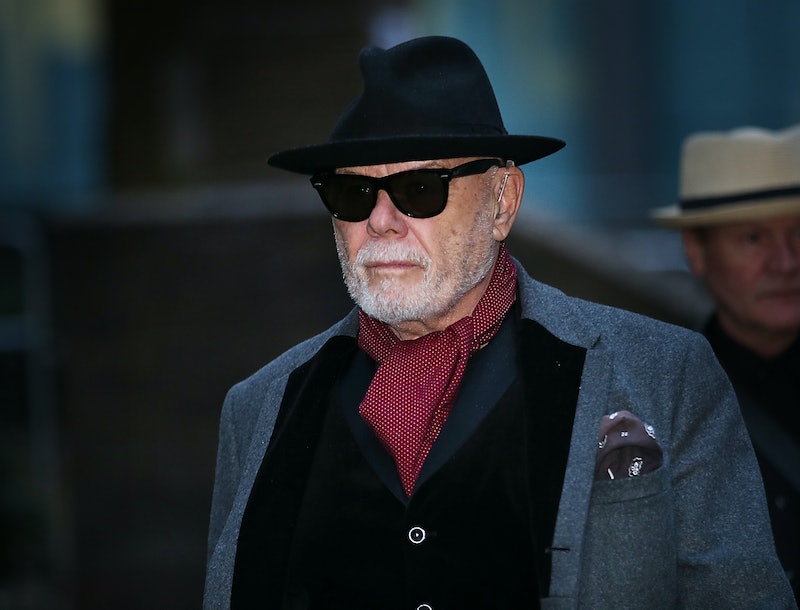 Earlier this month, '70s British pop star Gary Glitter was convicted of sexually abusing children, and, as of Friday, February 27, he has officially been sentenced. According to Reuters, Glitter — whose real name is Paul Gadd — has been sentenced to 16 years in prison on charges of attempted rape, four counts of indecent assault, and one for having sex with a child under 13, all of which took place during the height of his fame in the '70s. He has already served time in jail for possessing child pornography, so, horrifyingly, Glitter is no stranger to being convicted of crimes having to do with children. He has also been deported twice — once in Cambodia and once in Vietnam — after serving time on similar charges of abuse.

Reuters adds that the investigation into Glitter's past began when BBC's Jimmy Savile was found guilty of sexual abuse as well. Glitter is most known for his song "Rock and Roll," which was released in 1972. Glitter, who is now 70, will undoubtedly be spending the rest of his life (or most of it) in prison after this sentence.

"It is difficult to overstate the depravity of this dreadful behavior," Judge Alistair McCreath said at the time of Glitter's sentencing at Southwark Crown Court on Friday.

It's horrifying to think of what these children have had to go through since their abuse over 40 years ago, but, hopefully, they find some comfort in Glitter's belated sentencing.