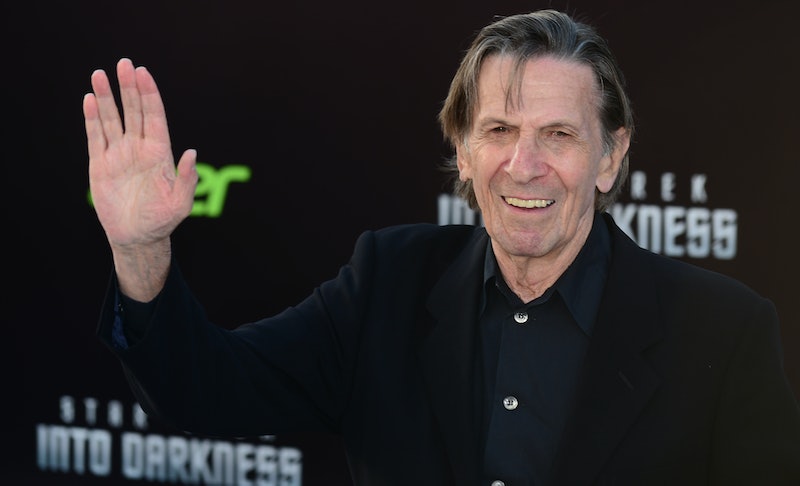 Star Trek actor and TV legend Leonard Nimoy passed away last Friday at the age of 83. Beloved by Trekkies and sci-fi lovers, Nimoy was most famous for playing Mr. Spock, Star Trek's resident Vulcan and first officer of the Starship Enterprise. Nimoy maintained a loyal following throughout all three seasons of the original Star Trek series and will certainly be remembered as an accomplished actor and pop culture icon. Since Friday, celebrity fans have taken to Twitter to express their condolences and sadness, including President Obama and Zachary Quinto, who played Spock in the 2009 Star Trek film remake directed by J.J. Abrams. Somewhat surprisingly, what's possibly been the most touching Twitter tribute to Nimoy of all wasn't from a celebrity. On Sunday morning, Astronaut Terry Virts tweeted a photo from inside the International Space Station as it passed over Nimoy's hometown of Boston. In the photo, Virts holds up Spock's famous Vulcan salute, making for a truly other-worldly tribute. As NASA Administrator Charles Bolden said in a statement, Nimoy was not only beloved by sci-fi fans, but by NASA as well. Along with fellow Star Trek cast members, Nimoy's celebrity helped inspire an era of space exploration, as well of a generation explorers like Virts.