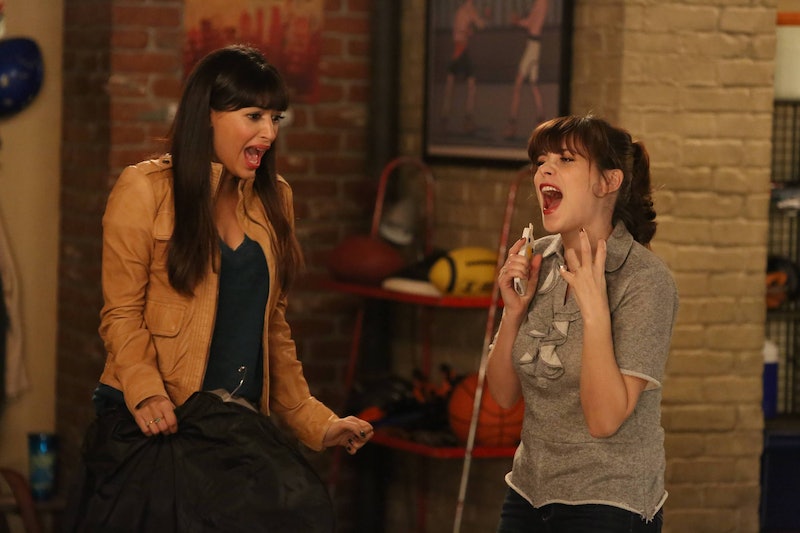 It's Tuesday. Time to settle in to Fox for the one-two punch of New Girl and The Mindy Project. Wait a minute — something about this New Girl description seems familiar. The loft has to pass a background check as part of Winston's police training? That's totally a rerun! If the March 10 episode of The Mindy Project is new, why is New Girl a rerun — and how long do we have to wait for new episodes?

The answer is... because that's the way it is. Networks monkey around with schedules; we all know this. I know, it's not satisfying. But it looks like New Girl is going to take a couple weeks off. I hate to break it to you, but it's not going to be new next week, either. Fox hasn't officially released its schedule beyond March 16, but it doesn't look like we're going to get a new New Girl episode until the end of the month, probably March 31.

That doesn't mean that there will be fewer New Girl episodes overall. In fact, when Fox picked up the season, it ordered an extra one just for fun. Usually network shows are picked up in batches of 22, but there will be 23 New Girl episodes this year. "Fox ordered a 23rd episode for this season," showrunner Liz Meriwether tweeted, adding, "(Hashtag things that don't happen on cable)." So New Girl might not be on the same schedule as The Mindy Project, but that doesn't mean there will be less of it overall.

So, what can you do until New Girl returns?

Make Up a Musical About Woodland Creatures

Listen, I know Josh Gad is a Broadway star and Zooey Deschanel is a respected recording artist, but I'm going to go out on a limb here — their woodland-creature musical can be improved. If your creative juices are flowing, I bet you can come up with something better (no disrespect to Olaf).

It's got some good insights, as you can see with the above Usher tweet. But there are also shades of Jess in there. This tweet to me feels very Jess.

I bet Jess was a drama-club kid in high school. In any case, Meriwether's twitter might get you through some of the whimsy withdrawal.

Engineer a Run-In with an Ex

Why do you need to watch other people make awkward fools of themselves when you can do it yourself? Granted, it's more fun when it happens to other people, but you can't let that stop you.

If you're looking for an offbeat Fox comedy to pair with The Mindy Project while New Girl is in reruns, there's nothing more offbeat than Last Man on Earth. Carol A. Pilbasian is what Jess would be if she grew up more "dork" than "adorkable" and then somehow survived a plague that killed off everyone on the planet except for her and a bearded dude. It's worth a shot, right?