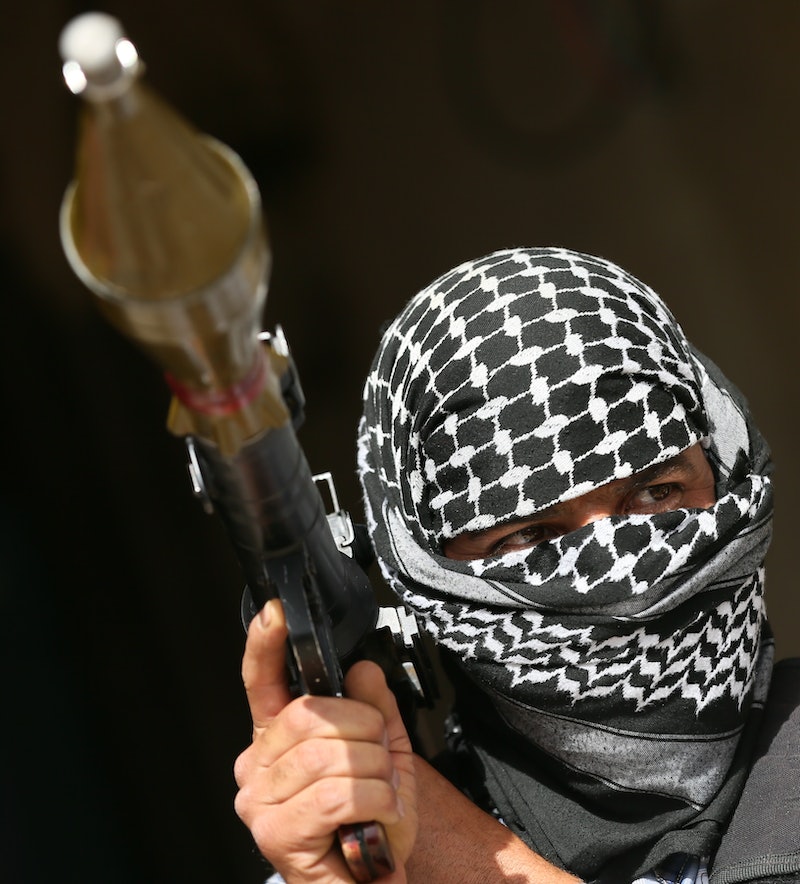 The algorithm that randomly generates ads before YouTube videos is problematic as it is — like when it pairs videos like PETA's animal abuse exposés with ads for KFC's Double Down sandwich — but this is infinitely worse. Some companies' ads are running before ISIS' YouTube videos and, understandably, these brands are not happy, especially given that advertising space on YouTube is not cheap. For its part, YouTube does have policies in place to try and prevent this sort of snafu, but they're apparently not effective enough when Jennifer Aniston is appearing in an Aveeno ad before a jihadist recruitment video.

The way that advertising works on YouTube is this: After the brand pays for a slot, the video site's algorithm will randomly place the ad before a video, but neither YouTube nor the company will know which video exactly unless they watch it. Even though companies can't request specific videos for their ads, they can request certain demographics to target. It's certainly a mystery, then, how ads for Bud Light, Toyota, and Swiffer ended up airing before videos produced by ISIS, because it's safe to assume none of these companies chose to target extremist militants between the ages of 18 and 55 who want to incite terror on the world.

So which unlucky brands were being promoted before ISIS videos? There was brewing company Anheuser-Busch, whose ad showing happy people at a concert drinking Bud Light was followed by an ISIS propaganda video.

And Aveeno, whose ad featured their spokeswoman, Jennifer Aniston, perhaps the last person you would associated the militant group with:

Other known ads included Secret deodorant and Toyota cars, but it's difficult to say for sure what else is out there that advertisers and YouTube haven't caught yet. The ones who did learn of their unfortunate ad spots are, understandably, upset. Anheuser-Busch issued this statement to CNNMoney:

We were unaware that one of our ads ran in conjunction with this video. We have strict guidelines with our media partners that govern when and how our ads appear. We are working with YouTube and our media buying agency, Mediacom, to understand and rectify the matter.

Our ads should not have appeared and we're working with YouTube to understand how it happened and to avoid it happening again.

As for YouTube, it's also responded to the advertising cock-up, explaining:

YouTube has clear policies prohibiting content intended to incite violence, and we remove videos violating these policies when flagged by our users. We also have stringent advertising guidelines, and work to prevent ads appearing against any video, channel or page once we determine that the content is not appropriate for our advertising partners.

However stringent the advertising guidelines may be, the issue is likely arise again in the future simply because of the amount of content out there. YouTube relies on its community to flag videos that might be questionable, but the appropriateness of an ad-video pairing might not be something viewers are on the lookout for.

The real battle here is the sheer amount of content ISIS produces. YouTube has taken down a popular ISIS channel and the ISIS propaganda video that aired with the Bud Light commercial; it aims to ban "violent or gory content that's primarily intended to be shocking," according to its guidelines — but deleting all ISIS-produced and related content is difficult.