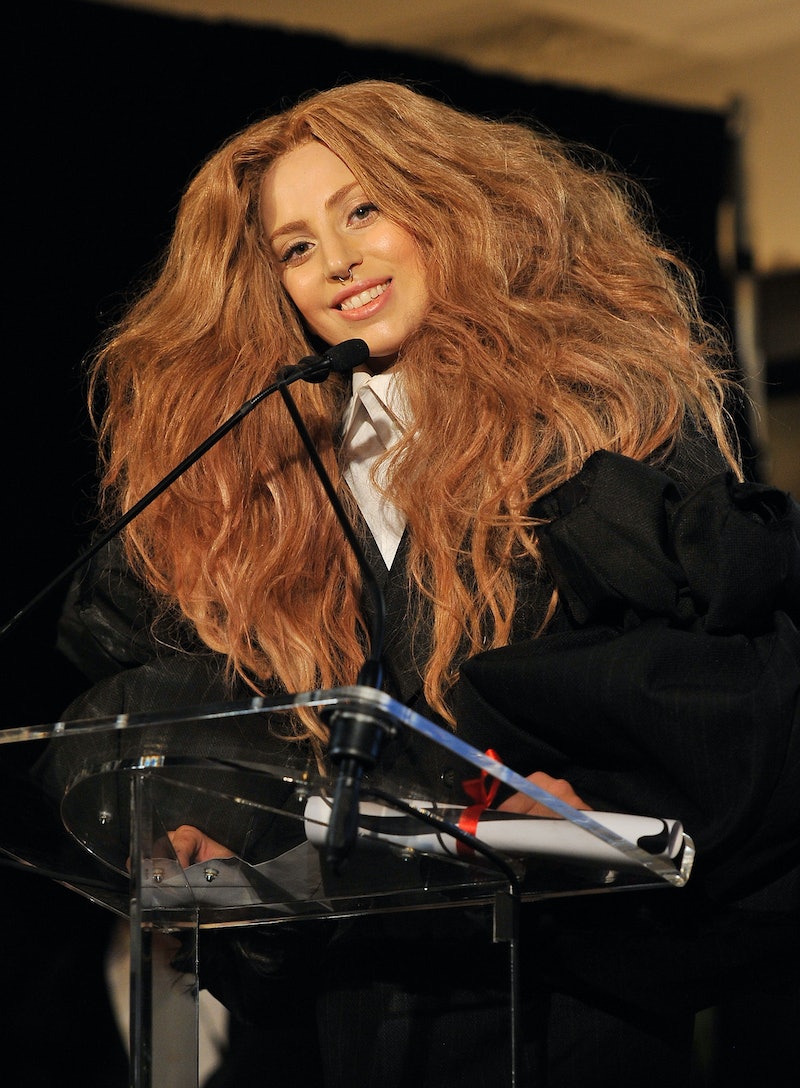 This is pretty great. Apparently, Lady Gaga is shocking so many people these days with her promotion prior to the release of her new album ARTPOP, that even Instagram has noticed. In a new tweet, Lady Gaga posted an email Instagram sent her, saying they're concerned about her most recent pictures.

"What the actual hell. hahahaha," Gaga tweeted, before attaching a screenshot of the email, which reads:

Members of the Instagram community have raised concerns for your well-being after seeing posts you've shared. We're reaching out to provide you with some important safety information...

It's not clear what photos exactly were the ones raising concerns, but either some people have been trolling Gaga by reporting her photos for "self-harm" (that is an option under reporting a user's photo for "putting people at risk,"), or Instagram just doesn't get Gaga. Moooooooom, it's aesthetic!

For the record, though, her most recent photos have been kind of depressing. One shot shows Gaga tired in the recording studio, and two others are journal entries featuring what appear to be song lyrics off her new album. "My heart would break without you/ Might not be awake without you," one reads. Have these guys ever listened to a Lady Gaga song?

Perhaps it was this one that raised the red flag?

No. It was probably this one.

The cute puppy too.