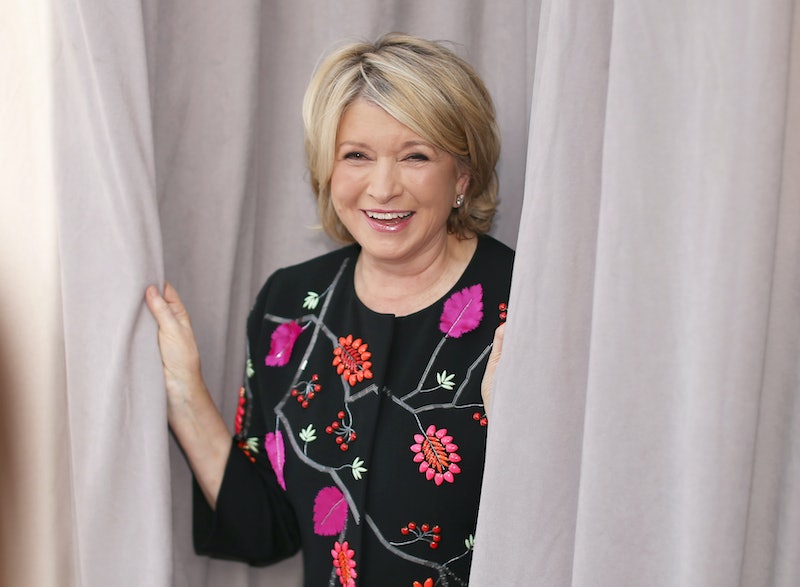 Last Thursday, Martha Stewart was on her way to attend the opening of a fancy New York restaurant, as one does, when she got trapped in a packed elevator at the Martha Stewart Living headquarters, Page Six reports. According to her rep, Stewart "was trapped in a crowded elevator with a large group for “13 minutes,” a moment that sounds like it could inspire the opening scene of Stewart's future Lifetime biopic, which might already be a thing.

Page Six reports the doors to the very full elevator wouldn't open and skipped around between a few floors before a building maintenance person "pried open the door" and freed the group of fancy restaurant people from this harrowing ordeal. Thirteen minutes doesn't sound like a long time, but people are disgusting and recycling air with strangers inside a windowless box is my personal nightmare. Then again, Stewart has served time in prison, so maybe a thirteen minute-long elevator ride is just another day for her.

Stewart reportedly got of the elevator in time to make it to the opening of NYC's Brookfield Place French Marketplace Le District and carry on as a Justin Bieber roast champion and sassy Regina George of aspirational domestic lifestyle publications. She no doubt kept her composure the entire time and remained #flawless because she probably carries around a Stuck Elevator Survival Kit packed with artisanal snacks and hand-poured soy candles, just in case.