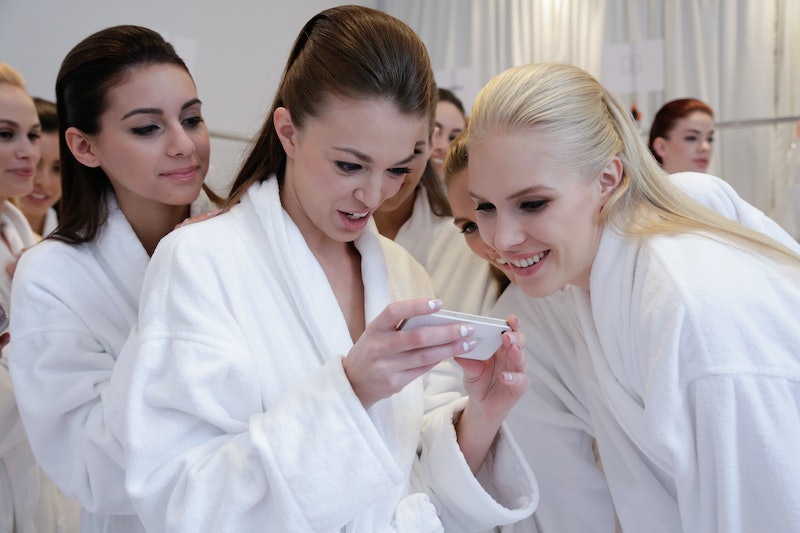 You know how when you walk into an Apple store, you're just like, ew? What are all these rusty old computers doing here? Why is everything painted black? And what is that smell?

Me neither, but apparently Apple isn't satisfied with being the sleekest, shiniest, hippest tech company in the biz. They want to be even fancier (the Greeks had a word for this: hubris) and so they've tapped Burberry's Angela Ahrendts, who engineered a fantastic seven years of growth as the British brand's CEO, to spruce up both online and physical Apple stores, creating a more integrated experience between the two and helping Apple achieve its quest for world domination. It's not just a tech company anymore — it's a lifestyle. Have you seen an iPhone ad?

Yes, now shopping for tech needs to be as aesthetically pleasing as finding the perfect LBD. But why? Apple has always been popular for their minimalist image, but it's always been sort of a great bonus — Macs (mostly) don't get viruses and they look really sexy. One is clearly more important than the other. But as technology becomes more widespread (see: everyone and their iPhones), the focus seems to be shifting. It's less publicly about getting the job done and more about having a certain lifestyle. And this is why Apple needs the type of aesthetic savvy that only CEOs with experience in high-end couture can bring (earlier this year Apple snagged Paul Deneve, the CEO of YSL, for special projects).

In a kind of insane quote, Eli Portnoy of CultureRanch told the WSJ: "There's a sense of excitement that's gone [from Apple stores.] Romance needs to come back to the store experience."

Ah, the magic of retail, we've all experienced it (just walk into a Macy's anytime in December and you'll feel it glittering all around you), but also, that's crazy. I don't need to have a "romantic" experience when shopping for a computer online. If I'm buying a $800 trench coat, yes, I want to swoon a bit before clicking "purchase" or swiping that debit card. But when it's something whose original purpose is to help me get the job done, I don't want butterflies — they're too distracting.