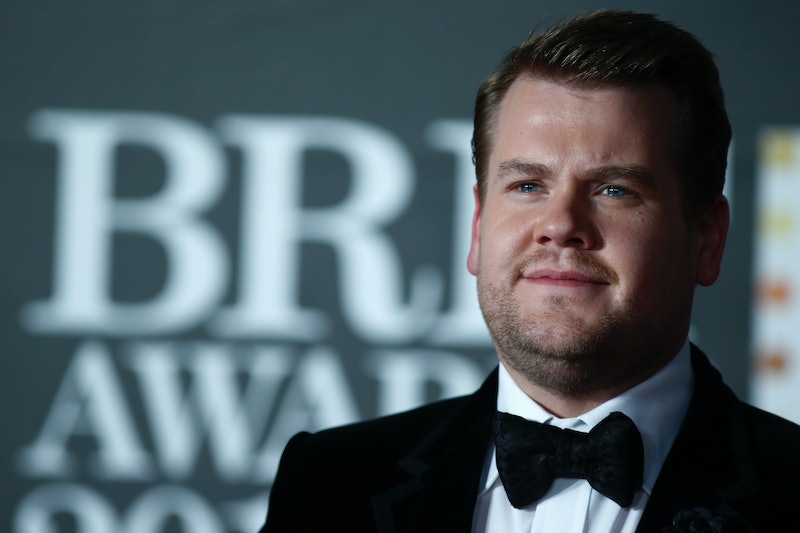 Fashion's biggest award show just got a whole lot funnier. It's been announced that James Corden will host the 2015 CFDA Awards, and this better not be an April Fools joke, because he's an excellent choice by the council. Unexpected, perhaps, but a great selection nonetheless.

The British comedian and actor is well on his way to becoming a household name after replacing Craig Ferguson as the host of The Late Late Show on CBS in last month (which has already spawned a sexy-meets-hysterical underwear ad spoof with David Beckham.) He may not be a fashion icon, but he is drawing some great attention right now.

Even though the award show celebrates American fashion specifically, I'm sure Corden will have some LOL-worthy things to say about the stateside industry and its biggest players. I mean, there are just so many jokes to be made about the hat selections of Pharrell (who will be taking home the Fashion Icon Award)...

If you're not a member of the lucky crowd who actually gets to attend the CFDA Awards, you'll still be able to get a piece of Corden's genius by watching the live stream on CFDA.com. And if you are going, can you please fill me in if Corden gets a laugh out of Anna Wintour? Because I'd love to see that.