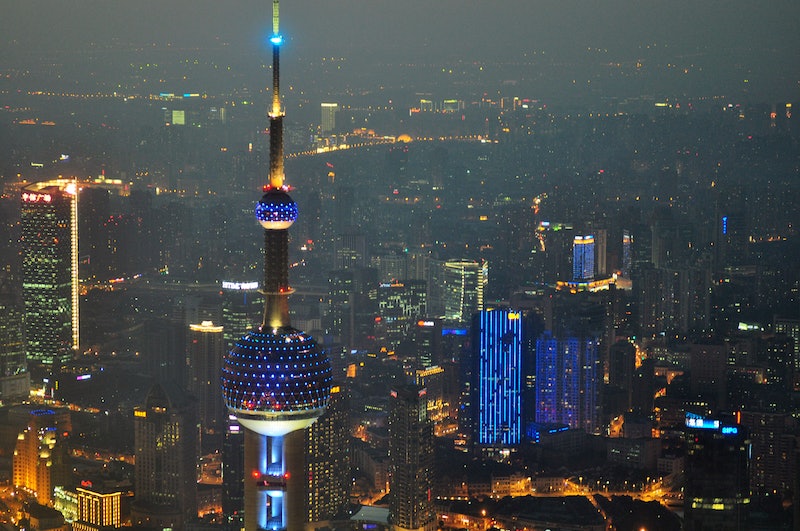 Skylines everywhere transformed into a sea of blue as buildings lit it up blue for #WorldAutismAwarenessDay on Thursday. Each year people from across the globe join together on April 2 to bring attention to autism spectrum disorder and encourage early diagnosis and early intervention. Turning buildings blue is a way to "shine a light on autism," according to the science and advocacy organization Autism Speaks' website.

The United Nations declared April 2 as World Autism Awareness Day in 2007; it became one of only four health-related U.N. days. The resolution encouraged all member nations to raise awareness about the disorder and expressed concern about the prevalence of autism in children across the globe. It now brings together a range of nations and autism organizations to help combat what has been called a "growing global health crisis."

From the U.S. to Indonesia, government buildings and national landmarks are lighting it up blue (#liub) to show support. Autism Speaks website says: "We will give a voice to the millions of individuals worldwide who are undiagnosed, misunderstood and looking for help. Please join us in our effort to inspire compassion, empowerment and hope."

The Center for Disease Control (CDC) estimates that 1 in 68 American children have been diagnosed with autism spectrum disorder. According to the CDC, "more people than ever" are being diagnosed with autism and it believes the increase is due to a combination of broader definitions of the disorder, better diagnosis efforts, and a true increase. Autism disorder spectrum, which now includes many disorders that used to be classified separately, including Asperger syndrome, occurs across all demographics, but is five times more common among boys than girls.

Here are some of the buildings across the globe lighting it up blue to show their support for World Autism Awareness Day...