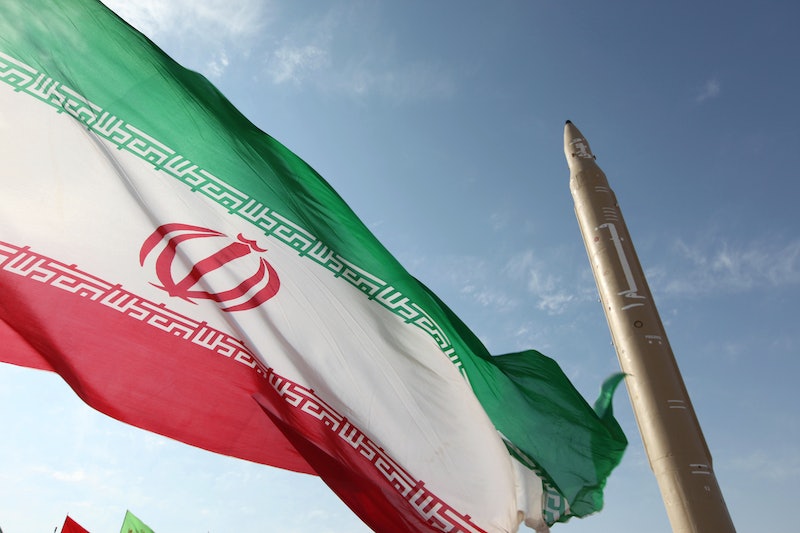 The long and bitter relationship between the Iran and the U.S. is allegedly improving after a nuclear deal was reached with world powers on Thursday. A finalized deal will work to alleviate crippling economic sanctions in Iran and, hopefully ease travel restrictions to allow more cultural exchanges between the two nations. It's still going to be a few months until June, when a final agreement is reached, but this week's event indicates that it's real and it's coming soon.

Undoubtably, the Iran deal has major political and economic ramifications to come, but all of these affect real people. For decades, Iran has been isolated from the global sphere, and now that will be changing. A lot. So how are the Iranian people reacting to this historical event? Iranian citizens celebrated the deal in their homes and in the streets around the country. They also took to Twitter to express their excitement over the framework agreement. So, let's take a look at what was buzzing on social media from inside Iran after the primary nuclear deal was struck.

Siting in front of a television, many Iranians were no doubt anxiously awaiting an announcement, for better or for worse.

After years of poor relations, a very important reminder.

And then it happened. Simple, but shows a lot.

John Kerry even got a kiss from a Persian supporter of the deal.

President Obama also gets a show of affection during his announcement. Brings new meaning to "Thanks, Obama."

A new kind of selfie.

Iranians left their homes, celebrating outside the Foreign Ministry.

Some celebrants took to the streets, quite literally.

While, others stayed in for the night.

Some amazing visuals of celebrations in Tehran.