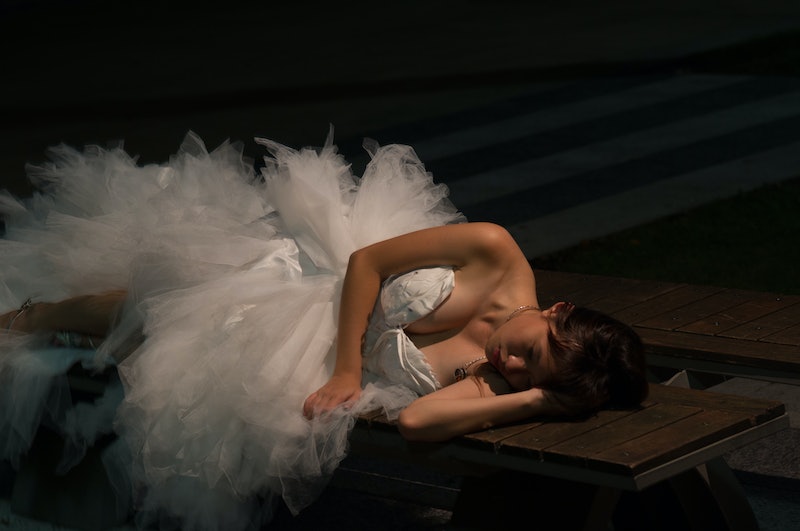 As a family law lawyer, one of my biggest jobs is explaining the legal process to clients. This may sound easy, but with so many myths, misconceptions and piles of misinformation out there, it's actually quite hard to separate people's expectations from reality. This is particularly true of the legal divorce process, I've found. We're used to seeing divorce in the media as either a grand emotional battle or something that involves just "signing the papers" and it's over. In real life, divorce is none of those things.

Now, before I get explaining what I have observed are the biggest divorce myths out there, I want you to know that none of this is legal advice. Especially when it comes to family law, every state is different, and procedures and standards can even be different from county to county within a single state. If you're getting divorced and have questions, find a good lawyer or resource in your state. Divorce is also a tough time even if you have the best lawyers or easiest case, so don't be afraid to reach out to friends, family or other groups and professionals for support and help.

Hopefully though, knowing a bit more about the process — and the myths surrounding it — will make things easier.

Myth #1: It matters if they cheated.

The biggest misconception I see with clients is that they think their soon-to-be-ex spouse's actions during their marriage matter to a court of law. I have bad news: whether he fooled around with your best friend or dumped you for his best man doesn't make a lick of difference to how your property and debts are going to be divided. This is because, by and large, most divorces nowadays are "no fault."

You may be familiar with the term "no fault divorce." What it means is that no one has to have done anything bad in order for the court to grant a divorce. This is a relatively new thing. It used to be that someone had to prove that there was grounds for a divorce — like adultery, abandonment, or abuse — or the divorce would not be granted. That's right, you and your spouse could go to court, say you wanted to get divorce and a court could have said no.

Thankfully, that's no longer the case, as all states now have some form of no fault divorce. In the states that maintain fault divorce along side no fault, the only real difference cheating makes is that it might make the divorce faster — i.e. there could be a six month waiting period for a no fault divorce, but none for a fault divorce.

Myth #2: It's a simple as signing some papers.

I'm always baffled when I see couples on TV get "divorced" by signing some papers in front of a lawyer. I'm a lawyer and I have no idea what these "papers" are. A divorce is a lawsuit, like any other, and so you have to get the state involved — no matter what.

Whether you are separating amicably or not, divorce involves going to the court house, filing petitions, and paying filing fees and waiting for a judge to sign the final judgement or decree. Like most legal things, it takes time and money. Getting divorced can also mean serving those papers on your ex, and yes, now you can do that on Facebook.

Myth #3: Everything is usually split down the middle.

This one is complicated, because in some ways, it's based in reality. Courts will, in most cases, attempt to divide property and debts in fair and equitable manner, or whatever their state's version of that is. But courts also look at reality, and sometimes, reality is that going 50/50 on everything everyone owns isn't fair or equitable at all. What courts see as joint property — that is, property that should be doled out equally — and what they see as non-joint property varies from state to state, and it's a complex issue. Some states are equitable distribution state, while others are community property based.

On one hand, almost all states recognize that money and property that came into the marriage from one spouse belongs equally to the other, and they will recognize things like a "homemaker contribution" even if that sounds like something from the fifties. On the other hand, many states, especially those equitable distribution states, will see that certain property should be kept separate — things like inheritances or business that only one spouse built up. But that varies.

What also varies is how a court may divide things up; they may give one person a house and the other a retirement account instead of splitting things in half, in order to make things easier. It's all dependent on the specific situation.

Myth #4: You should probably hide your assets.

I'm amazed by how often I hear clients asking if they should basically take all their money out of a bank account and bury it in the backyard. For one thing, if you try to do this is the odds are the other side is going to find out. A contested divorce means both sides have to cough up pretty much all their financial records to the other side, so we're probably going to see that $5,000 withdrawal you made the day before filing.

But even more importantly, it's a big legal no-no to try and hide stuff, or to destroy or dissipate assets during a divorce. Though a court doesn't care if you hid an affair from a spouse, they will seriously care if you hid property. This can be one of the few instances where a court does punish you — in some states (like Oregon) if a court finds out after the fact that you hid something, that whole asset can go to the other side. So, don't do that!

Myth #5: Moms always get the kids.

This is a myth I thought was slowly dying, but I've seen it come up more and more lately as a rallying cry for men's rights activists. Lucky for us and unluckily for them, in my experience (and in reality) it's really not true. Though in the past there were laws that expressed a preference for mothers, none of those laws still exist. Custody decisions are made case by case, but the touchstone most courts will use is what's in "the best interest of the child." Different states will have different factors for weighing this: for instance, if one partner has committed abuse against the other, it's probably not in the child's best interest to go to that partner, same if someone has a drug problem.

There are often presumptions that it's in a child's best interest that custody go to the child's "primary caregiver." It's often the case, just by virtue of how our society treats women and moms, that that person is often the mom. However, as I mentioned, there are very clear laws about not basing any decisions on the gender of the parties, so if the primary caregiver is the father, that's where custody should go.

More like this
The Best Time To Date After A Breakup, According To Experts
By Bustle Editors
Virgo & Sagittarius Zodiac Compatibility, According To Astrologers
By Kristine Fellizar
12 Ways You're Sabotaging Your Love Life
By Teresa Newsome and Lexi Inks
Hinge's New NFAQ Feature Is Demystifying Queer Dating
By Emma Carey
Get Even More From Bustle — Sign Up For The Newsletter