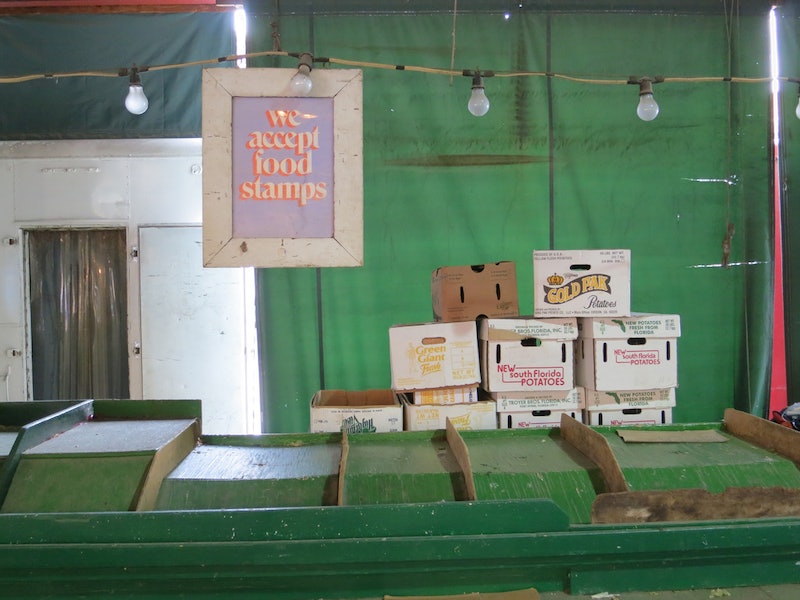 Although the farm bill failed on Thursday, the debate over food stamps rages—and it doesn't look pretty. Last week, 26 House Democrats took the Supplemental Nutrition Assistance Program (SNAP) challenge to protest food stamp cuts, and now a Republican can add his name to that list.

Donny Ferguson, an aide to Representative Steve Stockman of Texas, documented the challenge with spreadsheets and store receipts. Shopping at the Dollar Tree and Shopper's Food Warehouse, Ferguson spent $27.58 on food for a week, leaving him with a few dollars left over, according to a press release on Stockman's website.

“I wanted to personally experience the effects of the proposed cuts to food stamps. I didn’t plan ahead or buy strategically, I just saw the publicity stunt and made a snap decision to drive down the street and try it myself. I put my money where my mouth is, and the proposed food stamp cuts are still quite filling,” Ferguson said.

The press release accuses Democrats of "intentionally buying overpriced food and shopping at high-priced chains to make it appear the cuts go too far."

Because he had food and money left over, Ferguson said, "We can cut the proposed benefits by an additional 12.4 percent and still be able to eat for a week."

More like this
The 8 Best Dishwasher-Safe Cookware
By Jenny White
Wander + Ivy Single-Serve Wines Are Perfect For Moms — & They’re *So* Giftable
By Kate Miller
These Restaurant-Quality Wine Sets Are Perfect For All Those Impossible-To-Shop-For People
By Jen Fiegel
The 77 Cheapest, Most Clever Gifts On Amazon
By Rebecca Martinson
Get Even More From Bustle — Sign Up For The Newsletter