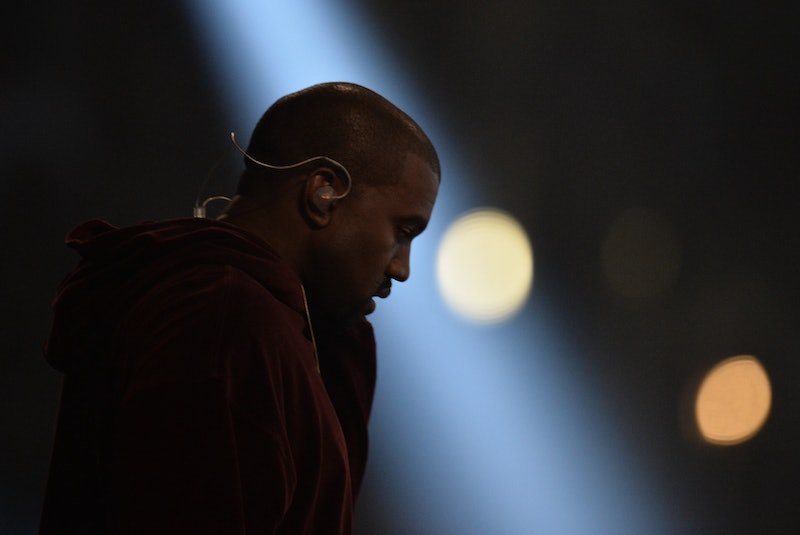 In the beginning, "Kanye West created the heaven and the earth. And Kanye West said, Let there be light: and there was light." Confused? Or are you understanding your god in a whole new way? If so, have I got a book for you. It’s the Kanye West bible, The Book of Yeezus and it’s available in an Internet near you.

The pseudo-holy book tells the story of Genesis with one fundamental fix – every mention of God has been replaced with rap icon’s name. Who created the world? Kanye did. Who created man in his image? Kanye did. And who is the chosen one? You know it’s Yeezus.

The creators, working under the name ©Channel222, claim the book is not meant to be a mockery of Mr. West, but a tribute. In their description on Etsy.com, they write, “Book of Yeezus is simply an exposition. It’s adding an original twist to something ancient and important in order to capture new meaning.”

And while Kanye has yet to comment on the book written in his name, well, he’s not shy about comparing himself to the almighty. Here’s Kanye:

"When someone comes up and says something like, 'I am a god,' everybody says 'Who does he think he is?' I just told you who I thought I was. A god. I just told you."

"I am God's vessel. But my greatest pain in life is that I will never be able to see myself perform live."

Wow, what a profit. He totally called it.

The black and gold hard-covered book originally went on sale at Etsy.com but now can be purchased for $20 at its very own website. The creators have just one request,“We are here to spread a doctrine. Well, a pseudo-doctrine. We ask you to use your pulpit for Good.”

More like this
10 Must-Read New Books Out This Week
By K.W. Colyard
The Most Anticipated Books Of August 2022
By K.W. Colyard
Jennette McCurdy’s First Kiss On 'iCarly' Didn’t Go As Planned
By Bustle Editors
Are John Legend & Kanye West Still Friends? The Singer’s Latest Update Is Candid
By Brad Witter
Get Even More From Bustle — Sign Up For The Newsletter