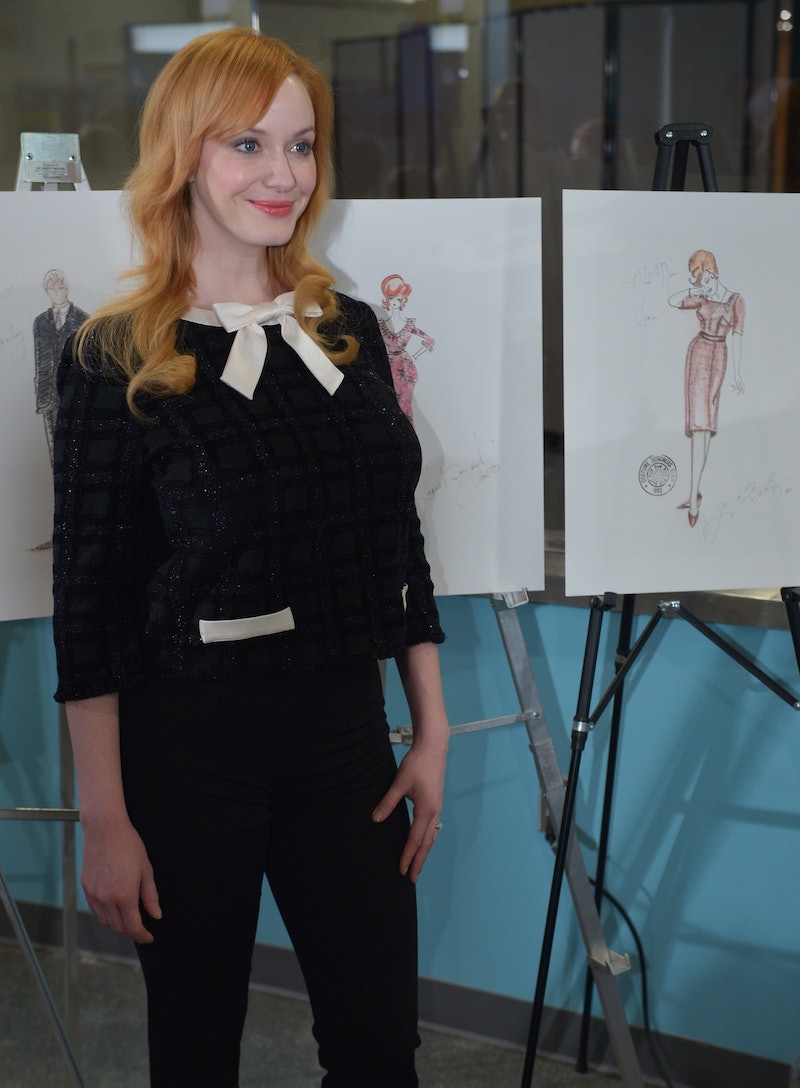 Mad Men's final season is in full swing, and some of us still aren't ready to say goodbye. Since the beginning we have been ogling over the style that has taken us through the decades, and turned a side eye to Don Draper as he pranced from woman to woman. Those women, however, will go down in history, not just in our Netflix queues, but also in the Mad Men illustrations created by artist Hannah Choi.

In her illustration series titled, "The Women of Don Draper," Choi has drawn all of the women that Draper has slept with in the show and put them in chronological order. Although his character might not have had the prettiest attributes, the collection of illustrations are quite impressive beginning with sex worker Aimee and ending with Megan's friend Amy. And of course, there are Betty and Megan.

The collection of illustrations wasn't just for fun, though. Choi had a bit a of a goal and purpose when creating the drawings. In an interview with Refinery29, she said that she wanted to lay each of the women out to see if Draper had a certain pattern when choosing his women. Additionally, because each woman had several different outfit changes, Choi was precise in illustrating the characters and their facial expressions from scenes that most captured their character throughout the entire series.

It's always fun when we get a chance to see characters re-imagined, from Disney princesses through the 20th and 21st centuries to cartoons as Sex and the City cast members. We're well overdue for a Game of Thrones and Orange is the New Black illustrations and/or cartoons. So we'll take those anytime now.

More like this
Most Comfortable Underwear For Big Butts
By Audrey Williams
42 Black Owned Fashion & Beauty Brands To Support Today & Always
By Mekita Rivas, Shea Simmons, Kui Mwai and Dominique Norman
Everything To Know About 'Evil' Season 4
By Meguire Hennes
Does 'Locke & Key’s Ending Mean There Could Be A Season 4?
By Sophia Moore
Get Even More From Bustle — Sign Up For The Newsletter