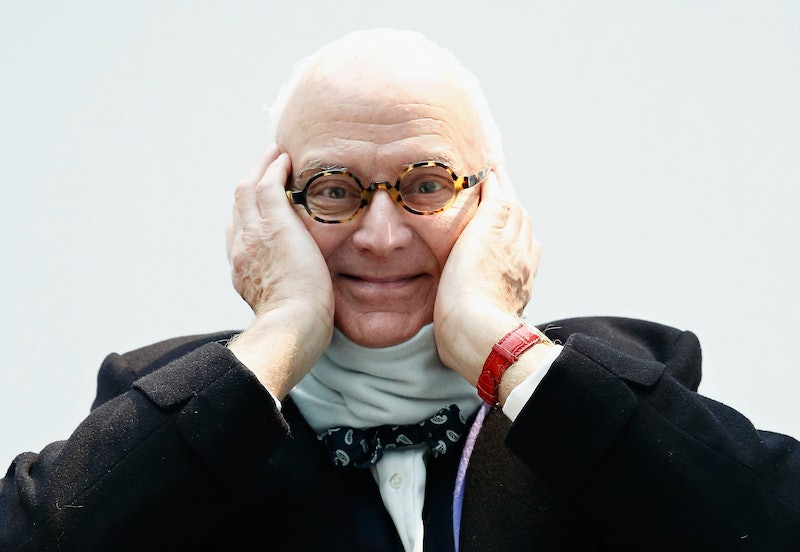 Carrie Bradshaw's favorite shoe designer Manolo Blahnik will be honored with the Artistry Award from the Museum at the Fashion Institute of Technology. The man who made women fall in love with the stiletto will receive the honor in September as a tribute to his exceptional talent and contributions to the fashion industry. Blahnik follows last year's Artistry Award recipient Carolina Herrera.

"It is imperative that we cultivate the culture of fashion and continue educating about design and artisanship," Blahnik said in a statement thanking the Fashion Institute. "After all it is fashion that makes the world so much more colorful and interesting, so we must nurture and celebrate talent."

The Spanish-born designer's iconic footwear has been worn by the world's most fashionable women, including Blahnik fan Sarah Jessica Parker (just like her Sex and the City alter-ego Carrie), Anna Wintour, and even the Duchess of Cambridge. Blahnik has previously won awards the Council of Fashion Designers of America and the British Fashion Council. In 2007, he was appointed as an honorary Commander of the Most Excellent Order of the British Empire.

Even though the Artistry of Fashion Award doesn't come from the Queen of England, it's an honor that celebrates Blahnik's influence on aspiring designers and artists, which is actually much more special and well-deserved for a visionary like him.

In related news, Manolo Blahnik headquarters moved to a new office today and posted a photo of its new digs on Instagram. Congrats!