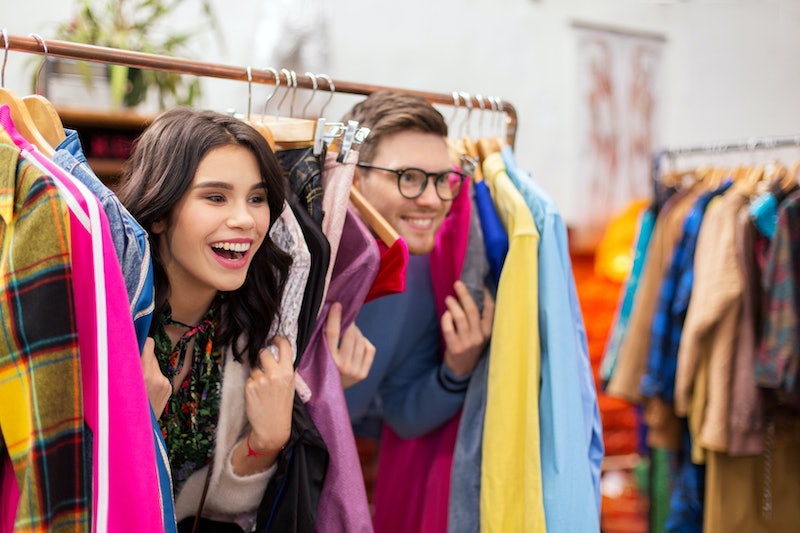 Complex Mag just released this video of New York couples swapping clothes and then imitating one another, from annoying habits to the sound of their orgasms. But hey, maybe stepping in each other's shoes once in a while is the secret to a great relationship. Part of the reason it was so hard for me to leave my last partner was because he let me borrow his clothes. I literally had so many pairs of boyfriend jeans.

Leave it to New York couples to dress this well—all of the couples look great together and dressed as each other. Who doesn't love a good gender bend once in a while? Once the imitation game starts, it becomes dangerous territory. Who's trying to hear their boyfriend mimic the sound of their hungry voice? Not me. I've never thought about how might partner might reenact my O face, but now I'm curious. That's got to be the next level. It might also the most awkward thing I've seen today.

It's no lie that couples tend to dress, act and look more like each other over time. You know those couples who finish each other's sentences and then laugh at how adorable they are and every one at the party gets up and leaves the room? Well, it might be science's fault, not theirs. Studies have shown that the longer a couple is together, the more likely they are to have picked up facial expressions, bodily ticks and personality traits that their partners possess. Plus, if you can get away with stealing your partner's clothes, you've basically got two wardrobes and who doesn't want that?

More like this
12 Active Date Ideas That'll Get You & Your Boo Outside
By Lexi Inks
TikTok's Voluntary Celibacy Trend Has Sparked A Movement
By Lexi Inks
How Ovulation Affects Your Sense Of Smell, Libido, & More
By JR Thorpe and Lexi Inks
18 Hinge Prompt Answers To Try If You’re Looking For Something Casual
By Lexi Inks
Get Even More From Bustle — Sign Up For The Newsletter
From hair trends to relationship advice, our daily newsletter has everything you need to sound like a person who’s on TikTok, even if you aren’t.