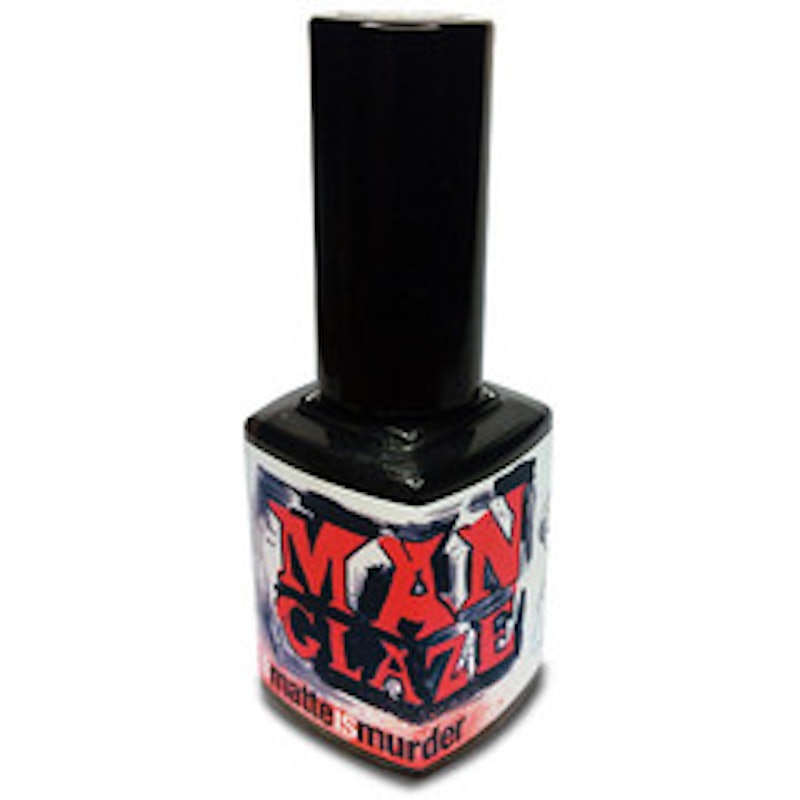 Nail polish has never really been something people consider masculine. Sure, lots of well-groomed guys aren't ashamed of a good mani-pedi. If Channing Tatum can do it, so can you, men of America. But what about nail polish? Well, back in January, NCLA launched a shade specifically for men in collaboration with HUF skate shop, but they're not the only one's creating polish for men now.

All the way back in the good ole days of 2007, Man Glaze was founded. This polish, which has seemingly become a unisex brand, was born from quite the interesting experience. Apparently, while at a GWAR concert— GWAR is a heavy metal band that I definitely had to Google — the founders of the brand were inspired by the various bodily fluids and colors being seen around them at the event. The polishes are totally matte, and in 2009, the brand totally took off when they were featured on the Today Show.

So now, the question really becomes, are masc-icures (masculine manicures? No? Okay, I won't use that again) a bonafide trend? With a plethora of male polish colors available and the growing existence of male-only nail salons, it doesn't seem like manicures and nail art are limited to women now. So bump those gender norms, guys! Who needs them anyway?

Looking for inspiration? Check out some of Man Glaze's most interesting colors.

I don't exactly know what this means, but...it's red, so that's cool! Red nails are a classic, right?

Maybe not what I'd name a shade, but it's definitely eye catching.

Def getting a masculine vibe with this one.

Yeah, this is pretty accurate.