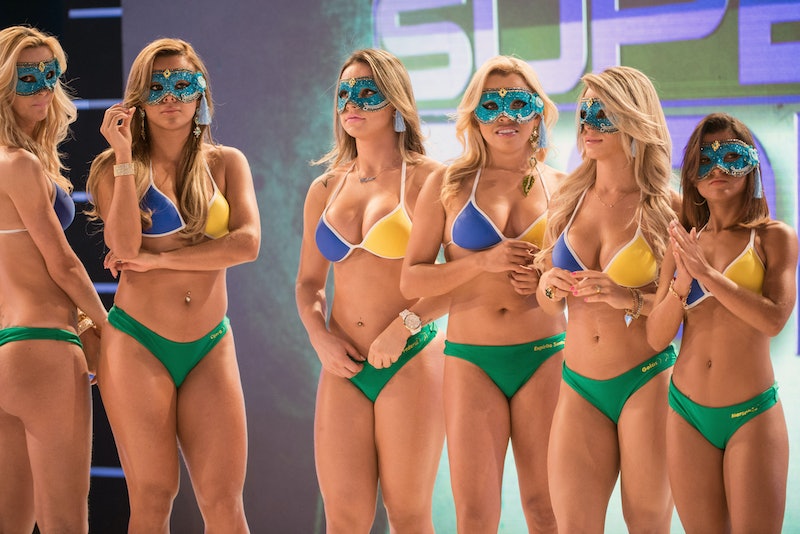 Brazilians have a Miss Bum Bum pageant, which is strange. And it's exactly what you think it is—a televised contest to find the country's best, well, bum bum. Fifteen finalists make it into the last round, which is the actual televised part. The public then crowns the next Miss Bum Bum after watching the girls perform in thongs.

Another popular Brazilian show is Pânico, and has been airing for eight years. On Pânico, women in bikinis perform a range of tasks. Mostly they just look good. The Daily Mail explains how ridiculous the games are, quoting Pânico veteran Ariane Steinkopf. "Being honest with you it's humiliating," explained Steinkopf, "but at the same time there is the status that comes with it so you end up forgetting about the humiliation because you are on TV and it has good ratings." The bikini-clad contestants are asked to do such silly things as pretend to be mice eating cheese and mud-wrestle with each other.

Steinkopf went on to explain that her refusal to do some tasks (because apparently it gets worse than nibbling cheddar like a rodent on national TV while half-naked) got her kicked off the show. "As we are portrayed as only having a beautiful body we are kind of a disposable thing—so if you don't agree with something you will get eliminated and someone else will replace you," she told the Daily Mail.

How is this on national TV?

More like this
23 Abortion Funds In States With Trigger Bans To Donate To
By Emma Carey
Here's Your Daily Horoscope For May 18, 2022
By Mecca Woods
Are Gemini & Scorpio Compatible In A Relationship?
By Kristine Fellizar
How To Add Music To An Instagram Post
By Emma Carey
Get Even More From Bustle — Sign Up For The Newsletter