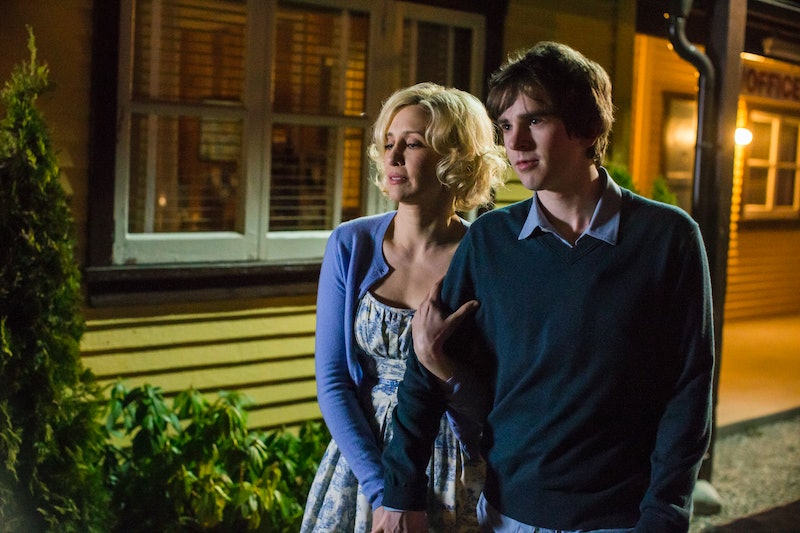 Because America enjoys nothing so much as the sport of declaring "the best" of a subjective art form, we have more awards shows than one could possibly count. It feels like we just finished the Oscars, the Tonys were announced last week, and now — somehow — inconceivably — it's time for the Critics' Choice Television Awards. Thank goodness, then, that this voting body chose to shake things up by actually nominating the best shows on television. It's a revolutionary idea that Emmy voters should take note of.

The most-nominated show this year was the final season of FX's under-awarded drama Justified, with five nods. Coming in close behind with four nods each were FX's The Americans, CBS's The Good Wife, and Amazon's Transparent. Sure, you'll find several old standbys in this list (Game Of Thrones, Veep, American Horror Story) — but they stand right alongside some oft-ignored fan favorites (Bates Motel, Broad City) and acclaimed freshman series (Better Call Saul, Empire).

The Critics' Choice TV Awards are a relatively young body (this year will mark only their 5th Annual ceremony), which perhaps speaks to why the voters are so willing to think outside of the box. For every painful snub — zilch for Golden Globe winner The Affair and nada for Parks & Rec's final season — there are more than enough happy surprises to make up for them. Here are just a handful of the nominations television fans should be most excited about:

The Entire Best Actress In A Drama Series Category

While Julianna Margulies (The Good Wife) won the Emmy last year and Vera Farmiga (Bates Motel) was nominated two years ago, the rest of the field have yet to be recognized by the Emmy voters for their work in these roles, whether because they're too new or because they've previously been snubbed: Viola Davis in How To Get Away With Murder, Eva Green for Penny Dreadful, Taraji P. Henson for Empire, and Keri Russell for The Americans. The only two absences that sting are House Of Cards' Robin Wright and Orphan Black's Tatiana Maslany. But in a category this stacked with talent, it's hard to complain.

Chris Messina For The Mindy Project

Although the show itself and Mindy Kaling both missed out on noms, it was thrilling to see Messina, who has never been nominated by the Emmys for anything, recognized for his consistently solid work here. If there's a more charming short Italian gynecologist with surprisingly killer dance moves out there, I certainly don't know him.

Carrie Coon For The Leftovers

Before she stole David Fincher's Gone Girl out from under much bigger names with her stellar supporting turn as Margo Dunne, Coon practically walked away with HBO's grim new drama as grieving widow Nora Durst. Hers was often the only sympathetic portrayal in a show almost entirely populated by frustrating characters, and she deserves every ounce of recognition she'll get.

In a television season acclaimed for its diversity, it's a relief to see that diversity reflected in these nominations (as opposed to the Oscars, who chose to completely whitewash their acting fields for the first time in 17 years). Wu's and Anderson's nominations, along with Viola Davis, Taraji P. Henson, and Golden Globe-winner Gina Rodriguez, represent all of the season's hottest new hits: Fresh Off The Boat, black-ish, How To Get Away With Murder, Empire, and Jane The Virgin. Add Jeffrey Tambor's performance as a transgender woman in Transparent, and you have the most diverse crop of nominees... perhaps ever.

As A&E's Psychotic drama goes on and Norman Bates grows increasingly unhinged, Highmore's performance has risen to the occasion, matching his outstanding scene partner Vera Farmiga beat-for-beat. While genre shows are often overlooked by larger voting bodies, it's refreshing to see a bit of small screen horror represented here, between Bates and the aforementioned Penny Dreadful. (If only Hannibal had also managed to make the cut... pun intended.)

Netflix's most hilarious creation, Titus Andromedon, gave Cookie Lyon herself a run for her money as 2015's most quotable new TV star. While I wish the show itself had been represented a bit more, I'll take solace in Burgess' nomination — along with a tall glass of Peeno Noir.

During its outstanding six-year run as one of NBC's most critically-acclaimed dramas, Jason Katims' Parenthood only ever amassed one Emmy nomination: an Outstanding Guest Actor nod for Jason Ritter. Whitman has made a name for herself with roles in the likes of Parenthood, Arrested Development, Scott Pilgrim Vs. The World, and The Perks Of Being A Wallflower, so it's nice to see both Whitman and her co-star Craig T. Nelson acknowledged here.

While Ryan Murphy's gonzo horror show may have started flagging in its latter two seasons, most viewers will agree that Wittrock was one of the few bright spots of Freak Show. As pampered, egomaniacal rich boy Dandy Mott, Wittrock stole the show from AHS mainstays (and fellow Critics' Choice nominees) Jessica Lange and Sarah Paulson. Now, if only Murphy would hurry up and announce Wittrock's involvement in Hotel...

Downton Abbey's absence from the Drama race thankfully made room for CBS's legal drama, so memorably snubbed by the Emmy's last year in its fifth — and undoubtedly best — season. Sure, Season 6 may not quite have lived up to the buzzy highs of Season 5, but it's still far and away the best scripted drama on broadcast television, and more than earned its slot here. In a field more and more dominated by cable, subscription channels, and Netflix, it's refreshing to see The Good Wife — and Empire — hold down the fort for good old-fashioned network TV.

Best Actress In A Drama Series

Best Actor In A Drama Series

Best Actress In A Comedy Series

Best Actor In A Comedy Series

Best Movie Made For Television

Best Actress In A Movie Or Limited Series

Best Actor In A Movie Or Limited Series

Best Supporting Actress In A Movie Or Limited Series

Best Supporting Actor In A Movie Or Limited Series