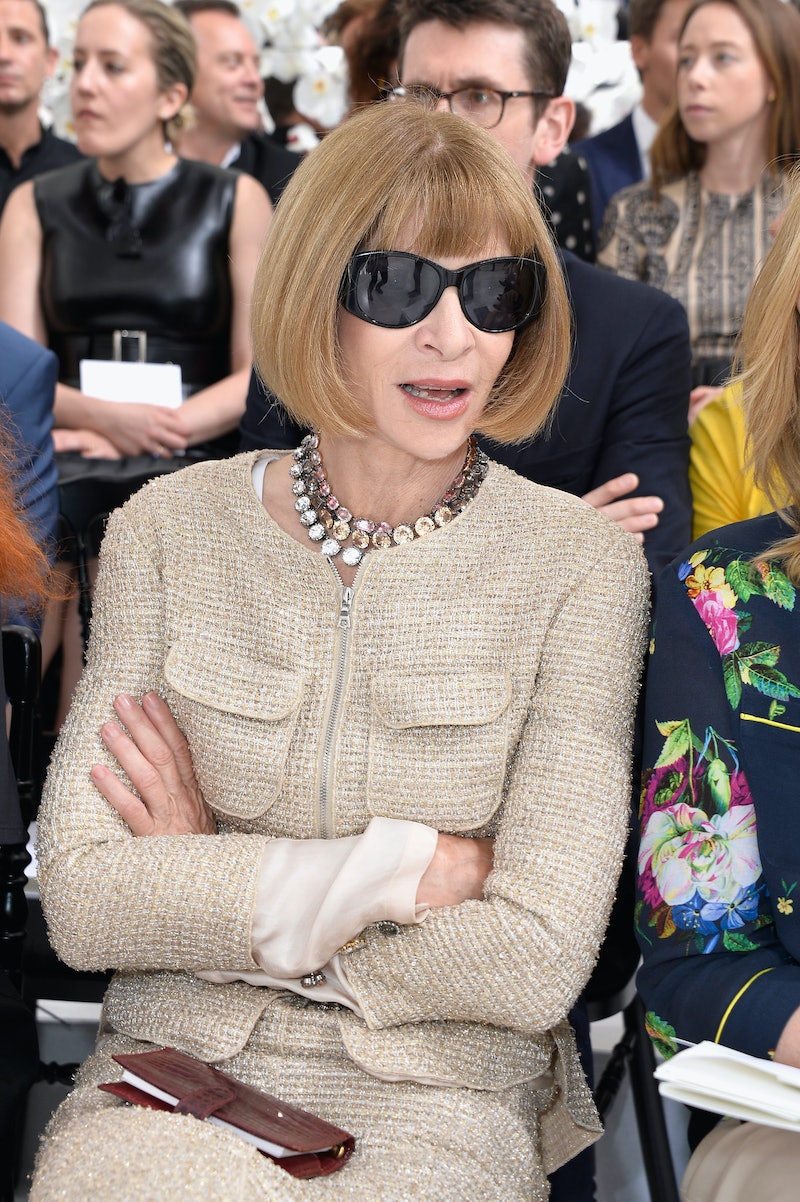 If you thought the selfie rule-breaking scandal at the Met Gala would go unnoticed, you thought wrong. Anna Wintour is allegedly threatening not to invite celebs who disregarded her social media ban to next year's Met Gala. Looks like Hollywood might be feeling the wrath of Ms. Wintour, and it ain't going to be pretty. No one defies the queen of fashion without facing the consequences.

Wintour is allegedly well aware of the celebrities who disobeyed her wishes not to have cell phone use at the event, according to VH1, who reported that an anonymous source from Vogue told The Gossip Table that she "recommends the celebs take the photos down in the next 24 hours, or they may not be invited back next year." This is about to get feisty. I am patiently awaiting the Twitter war that this will inevitably spark.

In case you need a little reminder, amongst the rebellious group who posted selfies despite the policy were Kim Kardashian, Justin Bieber, Miley Cyrus, Kerry Washington, Behati Prinsloo, Kendall Jenner, Reese Witherspoon, and the list goes on. That is a whole lot of really high-profile people to ban from one of the biggest fashion parties of the year, if the rumors are true.

What would the Met Gala be without Kim Kardashian? And you know if she's not allowed to go there is no way Kanye will be attending, which would be a darn shame, especially since Anna Wintour has stated that she "adores" him.

Still, the EIC's authority was challenged and I would be shocked if she simply let that slide.

I wonder if Kim K and the others will actually take their photos from the evening down. My prediction is no, especially since Wintour herself has stayed mum on the subject. Until the editrix herself confirms these threats, I'll remain skeptical.