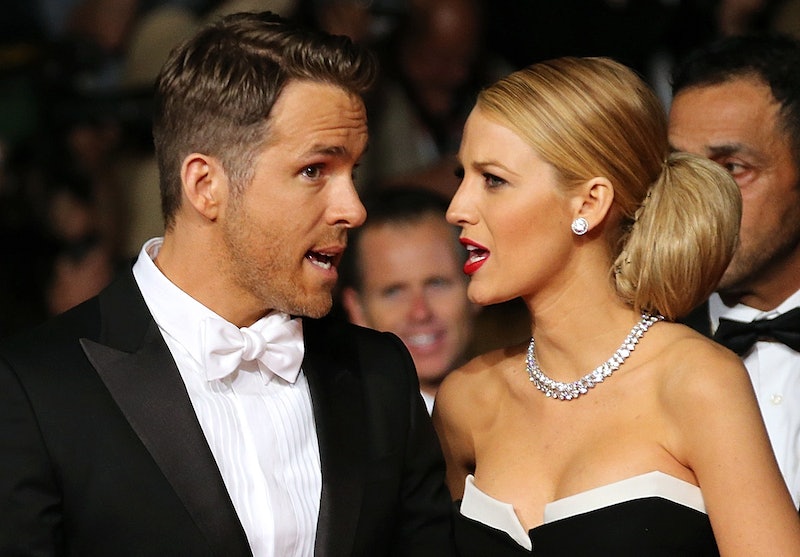 It is a truth universally acknowledged that couples which sidestep their individuality and become One Combined Being are the most irritating people at every cocktail party. They refer to themselves in the plural, have matching shirts, and — oddly — even seem to look like each other. Those first two can be stopped, but science has declared that, indeed, the longer you're with a partner (and we're talking seriously long-term here; decades, not months), the more you resemble each other. It's called convergence of appearance , if you want to get technical. But researchers are still undecided as to why couples start to dress and look alike. There are a few competing theories about why your Aunt Wilma and Uncle Wilbur could easily pass for each other in a badly-lit room.

We've heard that we're likely to settle down with people who look quite similar to us — even if we casually date people who look different. Opposites may attract (Kendrick Lamar's never wrong, right?), but that appears to be confined to personality. While we seem to like a bit of difference in a partner's character, when it comes to faces, it's usually all us, all the time.

So what on earth is going on here? Why would people start to morph slowly into their partners? And why are scientists telling us it's actually a good sign?

One of the greatest secrets of the dating pool is that people seem to actively attempt to date people similar to them in some way — in education level, height, age, face shape, whatever. It's called assortative mating, and it's used to explain why educated people tend to marry other educated people and double their opportunities. It's not hard to understand why — you like somebody who knows what you're talking about when you moan about your 9-to-5 and college loans — but on a certain level, similarity is also determined in terms of genetics. And that includes faces.

We seem to like genetic similarity. Opposites don't actually attract all that conclusively, if you trust the science. A study from 2014 shows that white people in particular pick lifetime mates who have similar DNA. Forget the obsession with band T-shirts or the inability to play Monopoly without screaming; you may not have worked out with your ex simply because they weren't that genetically compatible with you. We subconsciously want to pass on our own genes, and your chances of having a kid similar to you is bolstered with somebody who looks like you. (Unfortunately, there's been little-to-no research on how this trend plays out in mixed-race couples.)

2. You're Sharing The Same Experiences

The "facial likeness" study from the now-late psychologist Robert Zajonc of the University of Michigan in 1987 is still the benchmark for people who worry that they're developing their partner's scowl. Zajonc and his team asked volunteers to match photographs of men and women based on their facial similarity, and found that couples who'd been married for 25 years were overwhelmingly paired together.

There are two main hypotheses for why this happened. Zajonc thought it was because a long life together meant shared experiences that left similar lines on faces, and that couples would therefore begin to look more similar. Others were more practical, believing that it's simply a matter of genetic similarity becoming more evident as the rigors of age remove distinguishing features. Either way, Zajonc's ideas are pretty easy to understand; two people who have lived lives of hardship and difficulty will probably wear similar frown lines.

3. The Happier You Are, The More Alike You Look

Zajonc's theory of emotional face-mirroring was based on a basic principle: We imitate the people we're around the most. This phenomenon, called "unconscious mimicry," has been known for ages, and it's why we unconsciously take on the intonation of our friends' voices, or copy our boyfriend's stance at the bar. It's meant to bond us and make us feel part of a group, but Zajonc also thought it meant that we mimic a spouse over a long period of time, which would gradually reshape the face.

Scientific studies already show that genetic similarity seems to correlate with a happy marriage, but whether that's cause or effect is up in the air. Are you happy because you understand each other, or because you share the same gene variant (5-HTTLPR) thought to be the key to being emotionally attuned to a relationship? Does the happiness make the facial similarity, or vice versa?

One thing's for certain, though: Just because you look similar doesn't mean you'll start to think the same way. A 2010 study showed that people who'd been married for 40 years were just as definitively different in their personalities as they had been at the start of their marriages, even if they now shared habits, homes, and mortgages. Marriage, it seems, is only skin-deep.

More like this
10 Ways To Be More Empathetic To Your Partner
By Raven Ishak and Lexi Inks
Think Your Partner Is Cheating? These Tarot Cards May Confirm Your Suspicions
By Kristine Fellizar
6 Dating App Tips To Try If You're Looking For A Serious Relationship
By Lexi Inks
Wanna Try Hinge's New Video Prompt Feature? Here Are 7 Tips
By Lexi Inks
Get Even More From Bustle — Sign Up For The Newsletter