First things first: I'm sorry for all the nightmares you're going to have after seeing this. Truly, I apologize, but I have to be honest — after I saw this... this thing called Chuckesmee, I was instantly scarred, and I just couldn't be alone with this pain. I had to share it. Apparently on the Twilight Forever Blu-Ray set, there's a featurette where the cast and crew explains that instead of a real child actor, an animatronic baby was almost used for Renesmee in Twlight: Breaking Dawn . Doesn't sound so bad, until you look up there and...

To make matters even worse, here's what director Bill Condon said to E W about that thing:

Chuckesmee was a giant misfire on all fronts. Truly, it was one of the most grotesque things I’ve ever seen. It was a horror show! There was one shot where I call, ‘Cut!’ and suddenly she turns her head and mechanically stares right into the camera. It was incredibly disturbing.

Oh God, IT HAS A MIND OF IT'S OWN. WHAT HATH SCIENCE WROUGHT?

Honestly, I'm not sure what they were thinking with this doll. Maybe in theory it was a good idea — preferable to dealing with a real baby on set, that's for sure. But are we really to believe that no one, not even Nikki Reed, took one look at that thing, screamed, and held up a crucifix in front of its creepy face? C'mon, now. It was even named after Chucky! This is how horror movies begin. 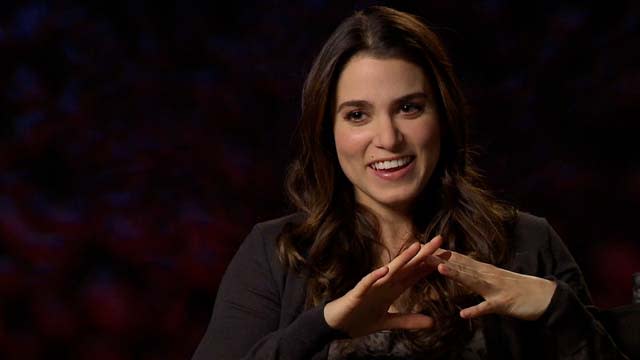