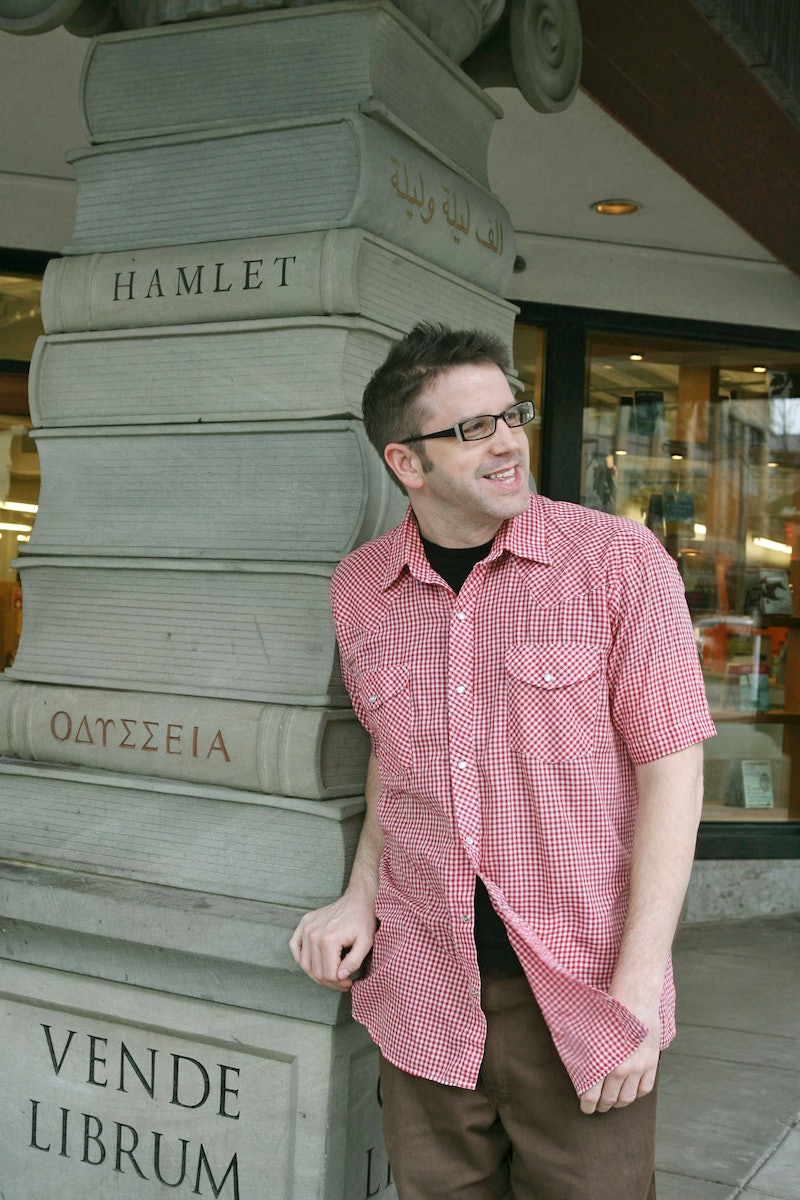 This Is Between Us (Tin House) by Kevin Sampsell is the story of a relationship between two middle-aged divorcees. Both have one kid and a number of problems to face — his unfaithfulness, her penchant for popping pills, and their shared tendency to slump into depression. On top of this, neither have jobs that pay very well, so taking care of the bills is sometimes a struggle. Such a simple characterization, however, does not do justice to a novel that is incredibly rich in its portrayal of these characters' love and their day-to-day existence.

Significantly, the novel is told in an unconventional form. It is grounded in the first-person perspective of the male character, who refers to his beloved as “you” and often uses the first-person plural “we.” This sort of experimentalism may raise an eyebrow in skepticism: Can “you” and “I” and “we” maintain a novel-length work? Won’t we, by the novel’s end, want to claw our eyes out from all this “you-ing” and “I-ing” business?

But This Is Between Us manages to overcome both these obstacles, and does so spectacularly. The “you” and “I” does not come off as shtick — in fact, does not even annoy. The technique feels natural, actually, and it even adds to the novel’s effect since the story is the man’s meditation — the novel is told in fragmented bits of remembered consciousness — on the past five years of his relationship with “you.” Therefore, the “you” and “I” structure actually increases the book’s intimacy, making the reader feel as if he or she is, like the narrator, wrapped up in the fuzzy and not-so-fuzzy feelings of a long-term relationship.

Indeed, since the man’s reflections are the story, the reader can feel his love for his girlfriend, even when she doesn’t seem all that lovable. (When, for example, she says, “I’m the one who gets depressed not you.”) It’s almost unclear as to why this male character loves her. His physical attraction to her is evident (this surfaces explicitly in his recollection) but he never quite articulates why he loves her so much. But this makes his portrayal of this love all the richer — because when, really, do we articulate reasons for love intellectually? Don’t we just feel it?

Sampsell harnesses the feeling of love effectively through first-person reflections and memories, but this is a dangerous tactic, since when the two aren’t doing well, the novel sputters. The fifth year of the relationship he details notably lacks the magic of the first four. Perhaps this is the point — we are meant to feel the ambivalence of an unstable, aging relationship. But then again, a reader doesn’t have to feel disenchanted to understand the disenchantment of a novel’s characters.

While Sampsell’s novel captures the loveliness of relationships, it also importantly shows the darker side of love: loneliness. The narrator is often left wondering about what’s really going on inside his lover’s head: “I laughed about that but didn’t know if you were joking or not. I wondered if you would be depressed every time we ate dinner.” Or he misses her so much and hopes she misses him, too: “I wish I could make you magically appear before me whenever I want you. Do I just want to know where you are at all times?” So while the narrator often uses “we” to describe himself and his lover, it is a fragile we — one that often breaks down into feelings of isolation.

This, perhaps, is the most beautiful, and unexpected, aspect of this compelling novel: though a relationship is its most basic subject, This Is Between Us is a portrait of the isolation the love of two can cause. What unites at the same time divides. This is the paradox at the heart of the mismatched title and narratorial perspective — the story really isn’t “between us,” after all.