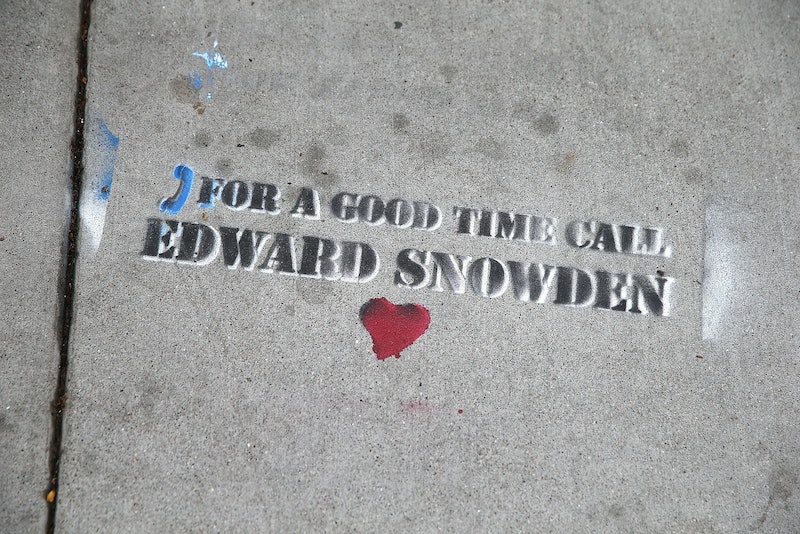 Following an extradition request by the United States, the infamous NSA leaker Edward Snowden left Hong Kong Sunday, and is currently believed to be in Moscow.

According to a statement released by WikiLeaks, Snowden “is bound for the Republic of Ecuador via a safe route for the purposes of asylum, and is being escorted by diplomats and legal advisors from WikiLeaks.”

Twitter was aflutter with theories as to where he would end up, with some journalists expecting the leaker to fly to Cuba, only to be disappointed Monday when he didn’t show:

In a statement released Monday morning, Russian officials have refused to detain Snowden, claiming they have no legal authority to do so, to the dismay of Secretary of State John Kerry.

Meanwhile, the South China Morning Post reports that Snowden originally took the job as an independent contractor for Booz Hamilton for one reason and one reason only: to gather evidence about NSA surveillance. “My position with Booz Allen Hamilton granted me access to lists of machines all over the world the NSA hacked,” Snowden told the Post. “That is why I accepted that position about three months ago.” The news that Snowden was plotting the leak from the beginning comes as the petition for the White House to pardon him surpassed 100,000 signatures Monday.

In another snub to the U.S, the Government of Hong Kong issued a press release Sunday stating that Snowden left “on his own accord for a third country through a lawful and normal channel," adding that "there is no legal basis to restrict Mr. Snowden from leaving Hong Kong.”

Hong Kong's government also added it has "formally written to the U.S. Government requesting clarification on earlier reports about the hacking of computer systems in Hong Kong by US government agencies.” Burn.

Meanwhile, a Twitter war raged between Snowden’s Guardian confidante, Glenn Greenwald, and Meet The Press’ David Gregor. The war began when, during the interview, Gregory accused Greenwald of “aiding and abetting” Snowden.

Although a lot of us are pretty sick of hearing about the government's self-proclaimed bad boy, this chase is admittedly becoming enjoyably James Bond. Snowden is expected to leave Moscow for Ecuador on Tuesday.