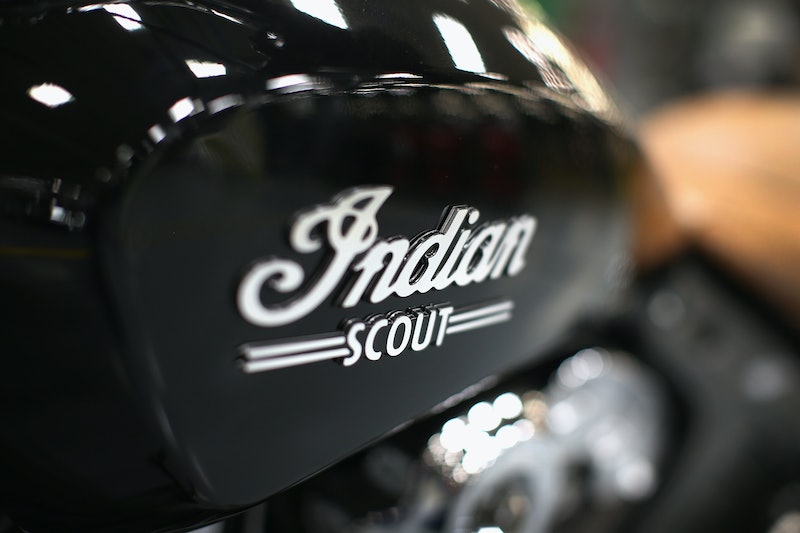 Lately, things have been feeling a little like a 1970s throwback. After two rival motorcycle gangs engaged in a deadly shootout outside a restaurant in Waco, Texas on Sunday, leaving nine dead and the authorities cautioning about the possibility of more violence, biker gangs are back in the news in a big way. But here's an interesting question that cuts against the stereotypes: what are some peaceful, female-led biker gangs?

Look, we all know the stereotypes about motorcycle clubs. By and large, I'd go with "beardy middle-aged men stuffed a little too tightly into their leather jackets." But stereotypes, as usual, can be big mistakes — riding a motorcycle can be exhilarating (if relatively unsafe), and women can love and pursue the thrill-seeking lifestyle of motorcyclists just as much. To say nothing of the benefits of belonging to a tight-knit group or community, so long as you're not so tight knit that you're getting in parking lot gunfights.

Here's a short list of some female-centered biker clubs that'll really make your day, whether you're a fellow rider or not. After all, it's always nice to see people having fun — while keeping things nonviolent and legal, like the vast majority of such groups do.

Founded as the first all-female motorcycle club in India, Bikerni grew from a tiny group of just under a dozen members to a countrywide club boasting 500 woman motorcyclists across a number of cities. According to the Bikerni website, it's all about breaking records, making history, and striving for equality. In it's own words:

The Bikerni's mission is to create an equal platform for women motorcyclists and to empower women all over India through the field of motorcycles.

The Female Bikers Of Marrakesh

This one's not a gang exactly, not really at least — while Bikerni has an actual, full-fledged management structure, the female bikers of Marrakesh, Morocco, are independent women, assembled for a photo shoot by Hassan Hajjaj back in 2014. But as far as stereotype shattering goes, it doesn't get much better than this — cutting against Western perceptions of Muslim women as inherently suffocated and oppressed, Hajjaj captures these women posing with their motorbikes, oozing more badass attitude than you might assume possible from behind a veil.

Hajjaj explained his motive for the photo shoot to CNN.

If you take a person who doesn't travel and who watches TV, they might view Morocco as another Syria or Iraq. But it's its own country with its own vibe.

The Leather And Lace Motorcycle Club is a women's only biker gang in the more traditional sense of the term — they were founded in 1983, and they even have some mandatory requirements. The main one being this: one day per year, all members must take a 100-mile ride starting at 10:00 a.m., whether they're in a group or on their own. It's called the National Spirit Ride, and the group describes it like this:

On the third Sunday in September, no matter where they are, whether they are a full member riding alone or a chapter member riding in an organized group, all members start their engines at 10:00 AM and go for a 100-mile ride. As sisters across the country twist their throttles and their machines rumble to life, each one knows that all her sisters will be riding with them today in spirit. It is an incredible and awesome feeling of sisterhood that resides within Lace. This run is very special and unique to us.

In simplest terms, Leather and Lace aspires to empower women in motorcycling, normalizing their image and making more women feel comfortable to join the club.