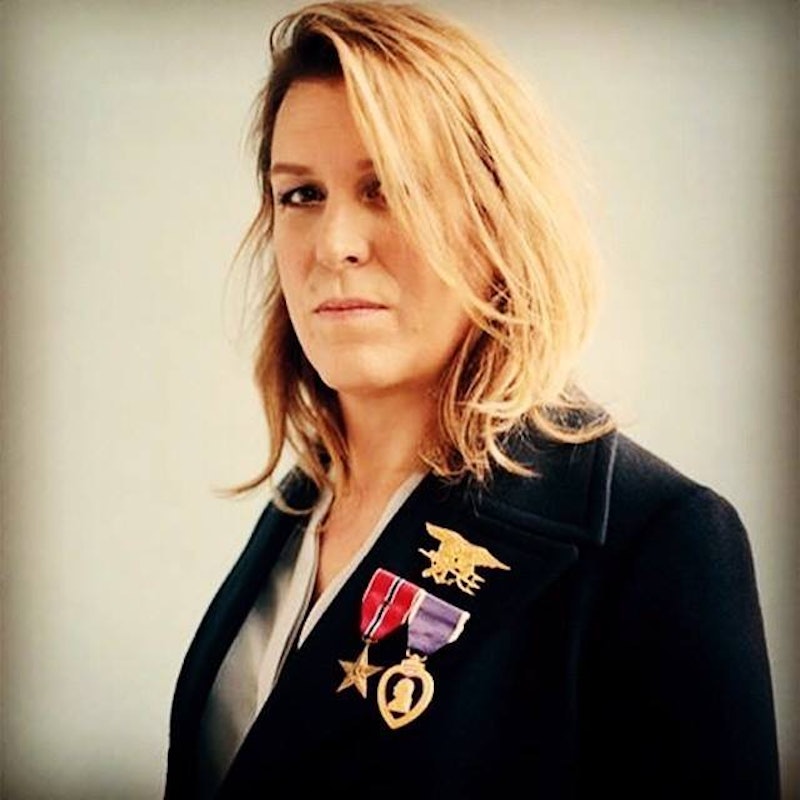 With her new biography, Warrior Princess: A U.S. Navy SEAL's Journey to Coming out Transgender, Kristen Beck is making some history that might require even more bravery than killing Osama bin Laden. Beck was a member of the infamous SEAL team 6, (the elite unit responsible for bin Laden's death), but at the time she served, she was known as Chris.

After she retired in 2011, Beck began transitioning, shaving off a bushy beard and putting her hair in curlers instead. "[Beck] had considered living as the woman he felt himself to be for a very long time, but while he was serving as a SEAL he couldn't do it," according to an excerpt from the book, released last week.

Beck served for 20 years, underwent 13 deployments, and earned a Bronze Star and Purple Heart. Had she been out as transgender at the time of her appointment however, she would have been dishonorably discharged. Despite Don't Ask Don't Tell's repeal, believe it or not, transgender people are still not allowed to serve in the military.

Beck's biography could very well help give some energy to the burgeoning movement for that rule's repeal.

More like this
Amanda Gorman Shared A Powerful Message On Meghan Markle’s Penultimate Podcast
By Darshita Goyal
Jodie Turner-Smith & Joshua Jackson's Relationship Timeline Includes Her Proposing
By Jake Viswanath
J.Lo Wants To Make A Sequel To This Movie With Ben Affleck
By Jake Viswanath
Hugh Jackman Shared The Sweetest Tribute To His “Extraordinary” Wife
By El Hunt
Get Even More From Bustle — Sign Up For The Newsletter