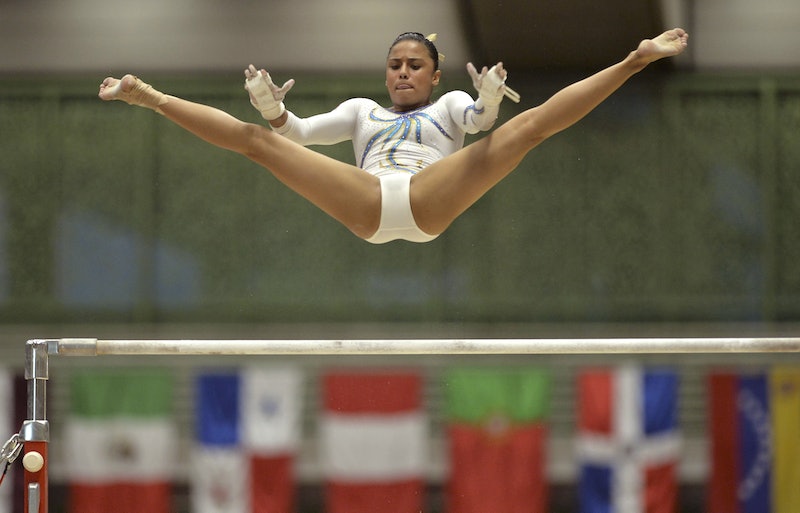 I feel like there was this little pocket of a generation that I existed in where all the parents signed their kids up for beginner's gymnastics in elementary school. Maybe my parents were hoping I'd get more coordinated (fat chance, guys), but in any case, the only two truths my 9-year-old self took away from those awkward few months was this: Gymnasts are insane, and I would never be cut out to be one of them.

It's not just the gravity-defying stunts and the impossible grace. It's the ridiculous time commitment, the traveling, the fierce competition—guys, I watched enough Make It Or Break It to know that these athletes do not fool around. Every impressive thing we see on television for thirty seconds is the culmination of a lifetime of hard work on behalf of the gymnasts performing it.

Unfortunately for the universe, we have a full year more until the 2016 Summer Olympic Games, when we can watch the magic happen live all over again. But in the meantime, there are plenty of awesome gymnast triumphs on our very own internet that we can watch and admire. Just in case you need reminding, here are some videos that show gymnasts are too hardcore for this world:

1. The finals of the 2013 Artistic Gymnastics World Championships

5. This gymnast who injures herself and keeps going through her tears

6. This 86-year-old gymnast who SLAYS

Of course I had to end on Gabby. GO AMERICA. And go any gymnast who has managed to achieve this level of greatness. I'll just be here sitting in a swivel chair I can barely balance in while y'all do back flips on balance beams and break every law of physics there ever was.