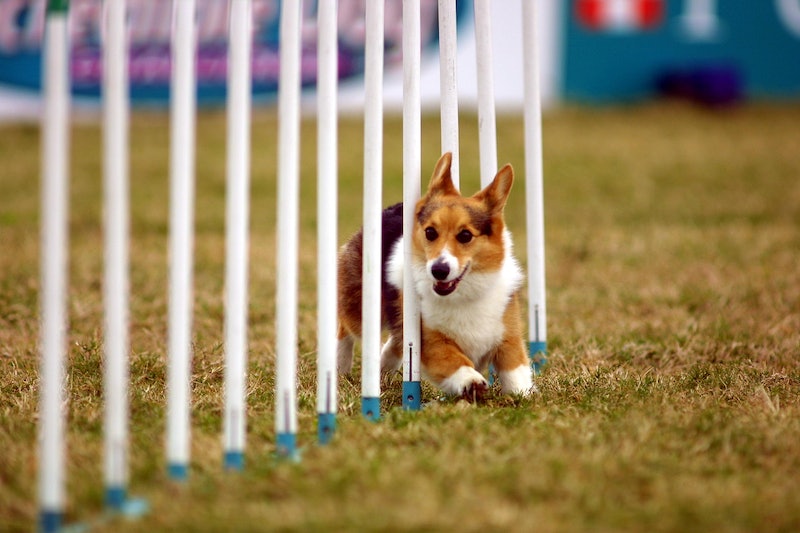 Yep, that's right: Corgis are going the way of the Western Black Rhino. The beloved small dog, famously owned by Queen Elizabeth (who has two corgis and two half-corgis), has found itself on the Britain Kennel Club's "Watch List" after a decline in numbers and a rise in the popularity of other small dogs. Unless 59 more corgi owners register their dogs with the club by the end of the year, taking the number from 241 to 300, the breed will be named a "vulnerable native breed."

The internet is crying. The stuffed animal-like dogs are practically made for viral content. Worldwide love of corgis has spawned websites like OCD (Obsessive Corgi Disorder), and viral lists like 51 Corgi GIFS that Will Change Your Life (they won't, really). Also, have we mentioned that they're really, really cute?

Some say that the breed's decline is due to a 2007 ban on tail docking, the process of amputating a part of a dog's tail to achieve a desired aesthetic effect. The practice is painful and unnecessary, according to animal welfare groups, and is opposed by the American Veterinary Medicine Association. Without the practice, though, many breeders can't achieve the classic corgi look. That makes them give up on the breed altogether.

At the same time, the club has added a new breed of dog to its roster: the Portuguese pointer. Taller, leaner, and more agile-looking than stubby corgis, the pointer is a pretty breed. But does it look like a stuffed animal? No, it does not. The corgi is just the latest in a number of native breeds — dandie dinmont terrier, the clumber spaniel, the otterhound, the Skye terrier — to be supplanted by foreign imports.

Now, apparently most corgis are bred by hobbyists. But, corgis have beautiful, fluffy tails, so maybe it's time to change the rules for showing dogs. After all, a well-groomed tail can be just one more asset in a dog show.