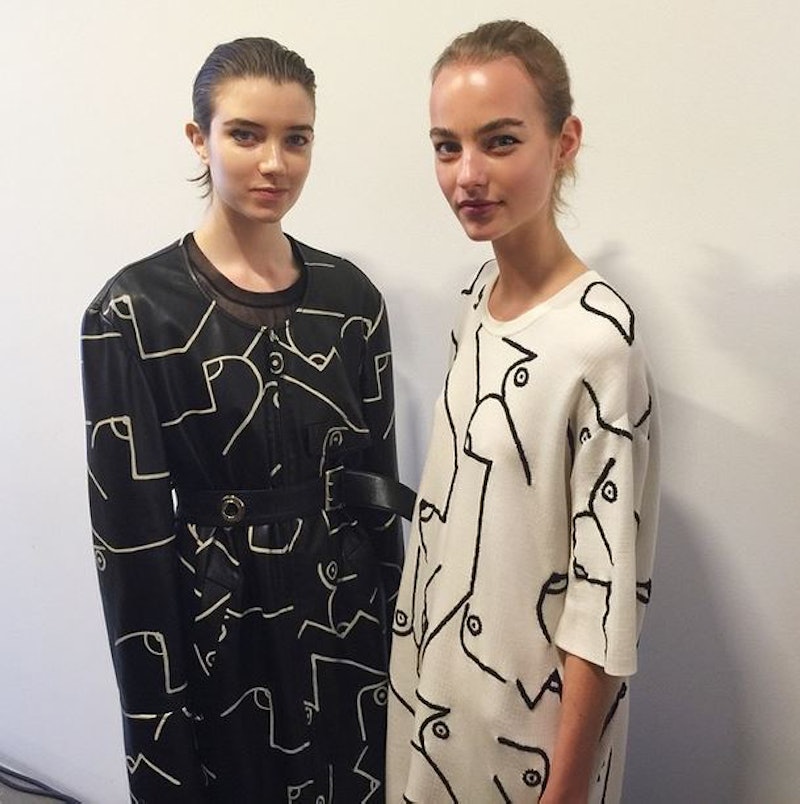 In fashion and cultural politics alike, 2015 can already be called the Year of the Nipple. But if you're not ready to go full-on topless, next year you'll be able to don one of the sweaters, dresses or sneakers from Calvin Klein's boobaliscious Resort 2016 collection. Francisco Costa, the brand's creative director, was inspired by the work of artist Alice Lancaster, who herself could easily fit right in on a CK runway. She connected with the brand not through an agent, scout, or boutique PR firm, but through an app that you've probably been on in the past five minutes: Instagram.

“I had been following him [Costa] for a while and there was this moment where he posted an image from a runway show. I posted a bunch of hearts on it,” Lancaster told Vogue. “I think at the moment he was on his phone and saw the notification, and he quickly went over to my account and saw my work.”

Here's a post from Lancaster from six months ago that seems to be the source of inspiration:

This isn't the first time that Lancaster has collaborated with a fashion brand; she collaborated with Veda, providing the artwork for a hand-painted leather jacket bearing a portrait of Frida Kahlo. For the artist, who was romantically linked to Fred Armisen, that trademark unapologetic sense of humor is all in a day's work. (Armison is now the subject of one of Lancaster's 2014 painting called "Fred Armisen: Portrait of a Sociopath," so that's how that ended.)

Head over to NYT to see the full Resort 2016 collection.