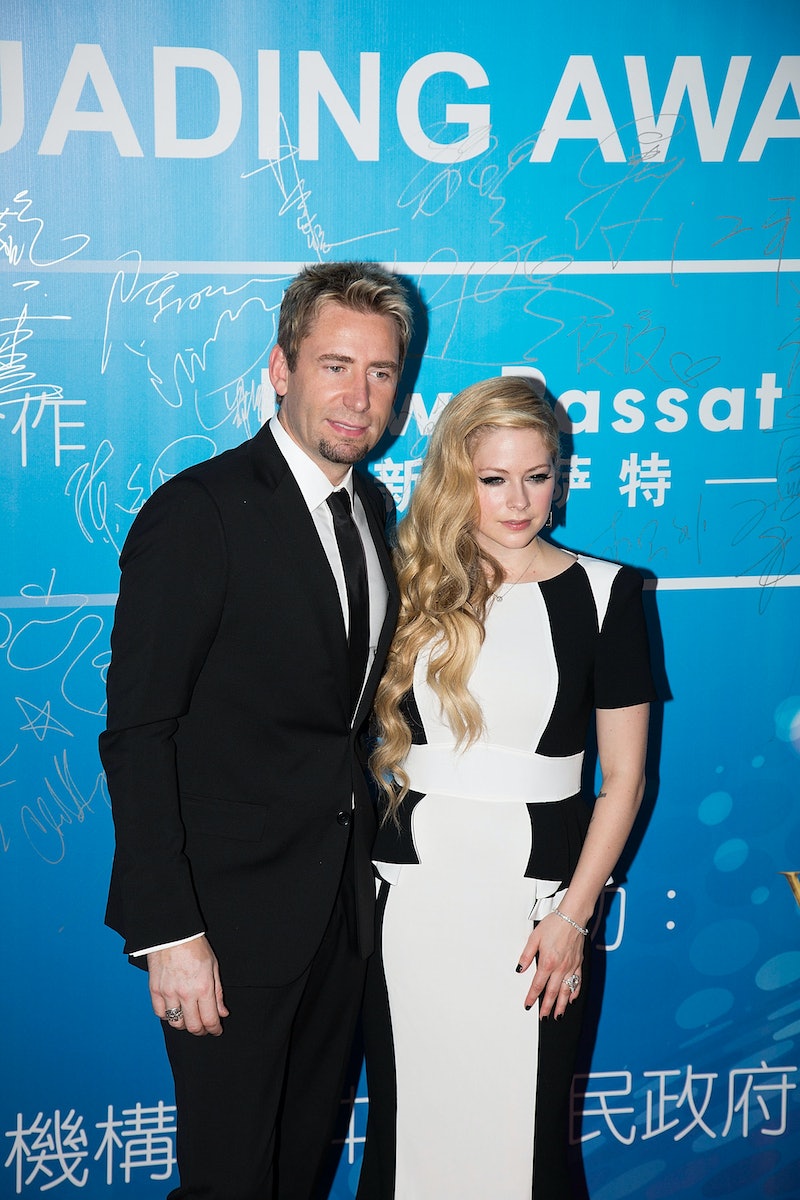 If I'm being honest, this news really doesn't surprise me, because I'm about 97 percent sure I can explain the reason for it. But here you go anyway: During an appearance on Chelsea Lately , newlywed Avril Lavigne admitted that she didn't remember meeting her husband, Nickelback frontman Chad Kroeger for the first time, after host Chelsea Handler showed a picture of Lavigne and Kroeger together back in 2002.

"I’ve been going around on this press tour talking about how we met in the studio," Lavigne explained after seeing the photo, "But then later on, we saw that picture online and then I remembered, like, 10 years ago. MuchMusic Awards in Canada, we actually met each other." (Apparently, Kroeger does remember meeting Lavigne at the award show.) The studio session she's referring to, for the record, is when he collaborated with her on the break-up song "Let Me Go."

Lavigne also admitted to forgetting most of her three-day wedding to Kroeger, which is weird because that just took place this summer.

So, my explanation for these sudden PTSD-esque repressed memories? Think about it: Chad Kroeger is in Nickelback. A Nickelback song was probably playing in the background during these events. It's the only way to explain it, and let's be real — anyone would want to forget a moment in their life where they were forced to listen to "How You Remind Me," because that is actually the worst song ever. And, is Nickelback the worst band ever? Well...

But at least they seem happy together! You can check out a clip of Lavigne's appearance over at E! Online .

More like this
Avril Lavigne Never Let Go Of Pop-Punk
By Samantha Leach
David Schwimmer Doesn't Remember This Classic 'Friends' Episode
By Sam Ramsden
Is Megan Fox Pregnant? MGK Gave A Shout-Out To Their “Unborn Child” Onstage
By Hugh McIntyre
Harry Styles Opened Up About Olivia Wilde With A Rare Comment About "Trust"
By Sophie McEvoy
Get Even More From Bustle — Sign Up For The Newsletter