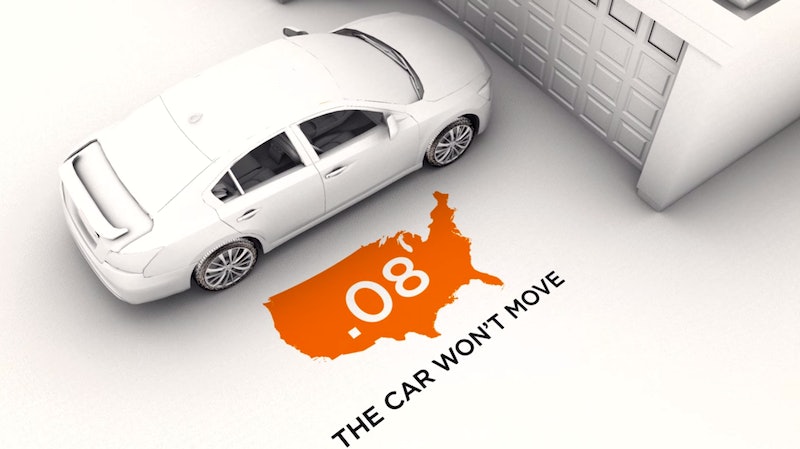 New vehicle sensors could help eliminate drunk driving in a few short years. Last week, the National Highway Traffic Safety Administration (NHTSA) revealed a prototype for a passive alcohol detector that won't allow a vehicle to start if the driver is drunk. The new technology, the Driver Alcohol Detection System for Safety (called DADSS for short), could be on the market in five years, hopefully decreasing the number of fatal drunk driving accidents in the U.S. The NHTSA doesn't plan on making DADSS mandatory for vehicle manufacturers though, so will the driver alcohol detectors even be effective?

The NHTSA has been working on this high-tech system with various American automakers, including General Motors, Ford, and Chrysler, since 2008. DADSS consists of two types of alcohol sensors: a breath detector and a touch sensor. Unlike the devices installed in some cars after DUI convictions, both methods are extremely unobtrusive. The breath-based system is able to determine the blood alcohol level of a driver while they breathe normally in the driver's seat of a vehicle, while the touch-based system only requires the driver to place their finger over a small sensor on the dashboard. According to the NHTSA, both detectors work in seconds, shutting off the car if the driver's blood alcohol concentration is more than .08 (the legal limit in every state). It can even be programmed to shut off at the sign of any alcohol for drivers under 21.

DADSS could drastically reduce the number of drunk driving accidents — in 2013 alone, about 10,000 people were killed in drunk driving crashes in the U.S. — but how can it save lives if it's only a suggested addition to vehicles? Mark Rosekind, NHTSA administrator, doesn't think a federal requirement for DADSS will be necessary. He told The Chicago Tribune, "There's not going to be a parent who isn't going to want this in their child's car. There's not going to be a business that's not going to want this in their vehicles." But what about all the other potential drunk drivers out there?

The devices aren't expected to be terribly expensive, only about $150 to $200 once they're in general production, but not everyone will be willing or able to pay for the add-on. Not to mention, people that often drive after drinking probably won't want the alcohol detector stopping them from using their vehicle. If auto manufacturers aren't required to include DADSS in their vehicles, not every car in America will have the potentially lifesaving device. This breakthrough technology could make our roads much safer, but won't have the full impact unless it's a universal requirement.