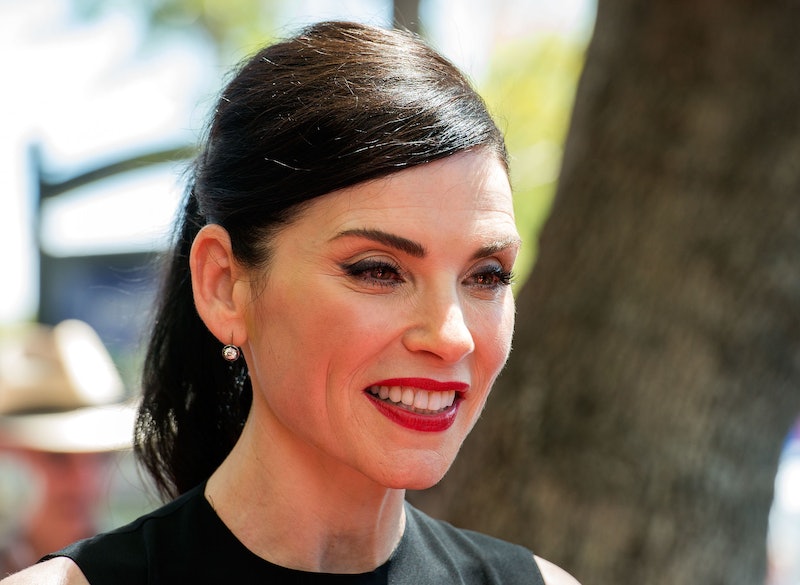 For those who are obsessed with CBS' hit legal drama The Good Wife, you won't see Julianna Margulies on Twitter anytime soon live-tweeting her show, discussing her character, or sharing photos of her very handsome husband. In an interview with The EDIT magazine, Margulies opened up about why she's not on social media. Frankly, the former ER actress has no desire to join Twitter, Instagram, Facebook, or Snapchat. However, if she ever did, it'd only be for a good cause.

As she told the magazine, "I'm [not going to] ask 20 million people to believe my character, then go to a mall and tweet, 'Hey, it's me! I'm buying shoes!' However, if I was just doing my philanthropic work, I would definitely tweet; it's a great tool to open people's eyes."

What kind of tweets would we see from the Golden Globe-winning actress if that were the cast? Probably something about her charity work, which includes supporting marriage equality and standing up against child abuse. As she told The EDIT, “There is a generation coming up that understands equal rights. People fight for what they believe in — equal pay, gay rights, all of these things that should have happened years ago. (But) we have a long way to go."

As for raising child abuse awareness, Margulies is an avid supporter of Erin's Law, named after Erin Merryn, which requires that "public schools in each state that passes it implement a prevention-oriented child sexual abuse program." She also participates in Project ALS, which fights to find a treatment and cure for the disease.

Well, here's hoping Margulies does join Twitter, because there's no doubt social media could use a bit of good.