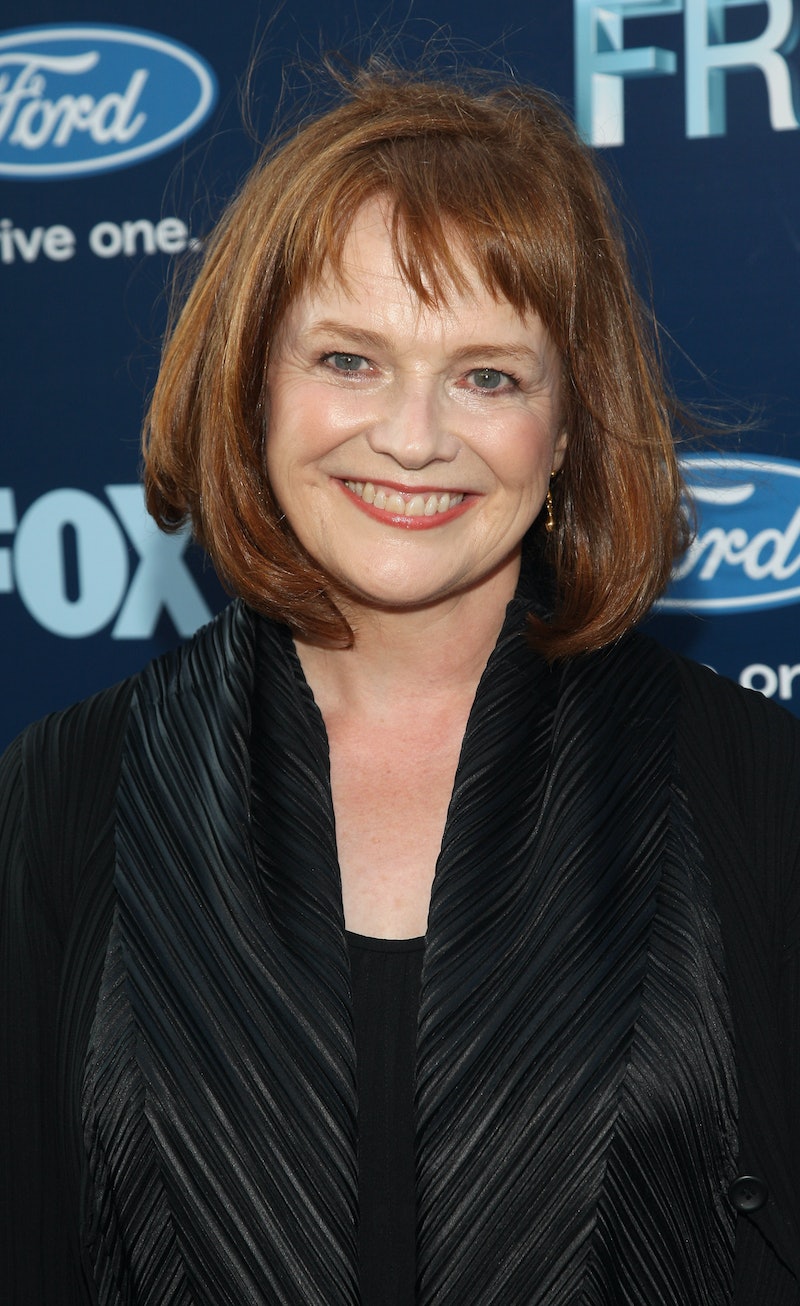 Though I'm sure the majority of you are still binge-watching your way through Orange Is the New Black Season 3 (or at least thinking about binge-watching it after you get out of work today), there is one topic we need to discuss ASAP: [Episode 4 spoilers.] The actress who plays Judy King on OITNB . We've known for a while now that the series would be introducing a character inspired by Martha Stewart, so when the ladies of Litchfield saw on the news during Episode 3 that a culinary celeb was arraigned on charges of tax evasion, we knew this magical story arc was well underway. The inmates were instantly overjoyed at the thought of having a celebrity in their midst. (I mean, who wouldn't be, right?)

And while I'm definitely looking forward to seeing how this particular plot line continues to develop, I've also found myself immediately wanting to know who the actual actress was playing this highly anticipated role. And whether you realize it or not, you've definitely seen this woman up on your television screens before. Her name is Blair Brown and even if that name doesn't sound all that familiar, her face most certainly should be, given that it's been on many well known shows throughout the years. Such as…

Brown is probably best known for playing the role of Nina Sharp on the popular FX series, which also starred the likes of John Noble and Joshua Jackson (aka Pacey Witter).

Believe it or not, Brown can be seen in the Showtime's latest hit The Affair (another Joshua Jackson show, might I add), playing the role of Dr. Gunderson. The part is relatively minor given that the show centers mostly around its core couple, but it further proves just how wanted she is among all the top networks.

She recently portrayed the character of Emma Blake on the series. I guess you could say she was CBS' person of interest. (Sorry, I had to.)

Yup, among other brief stints on shows like CSI: Miami and Law & Order, Brown can also be spotted in the Smallville episode "Lineage," where she played the role of Rachel Dunleavy.

Suffice to say, this actress has pretty much popped up all over the place, so it was really only a matter of time before she dipped her toes into the Netflix pool. And I, for one, can't wait to see where it all leads.

More like this
Elizabeth Debicki On Her Approach To The Most Debated Scene From 'The Crown'
By Grace Wehniainen
'Tell Me Lies' Season 2 Is On The Way & The Cast Already Has Ideas For What's Next
By Gretchen Smail and Grace Wehniainen
Ava DuVernay Thought The 'Queen Sugar' Series Finale Felt “Really Satisfying”
By Brad Witter
The First Trailer For 'That '90s Show' Includes So Many Nods To The Original Series
By Jack Irvin, Alyssa Lapid and Grace Wehniainen
Get Even More From Bustle — Sign Up For The Newsletter