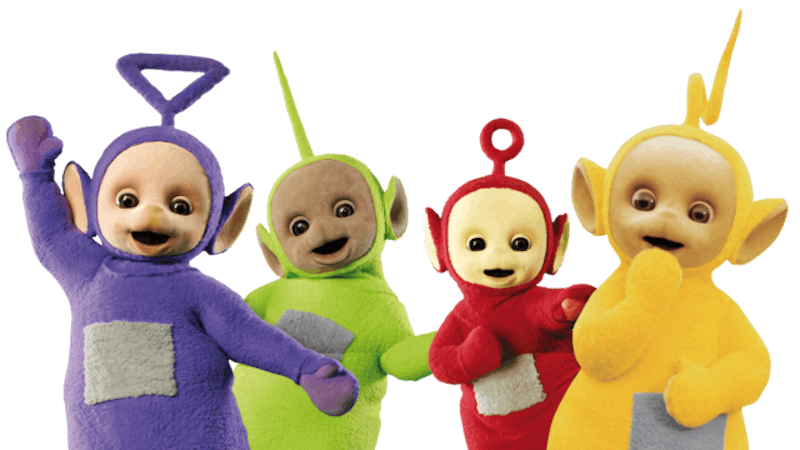 Imagine this with me for a moment, if you will: What if all of your favorite childhood TV shows had the opportunity to be resurrected and distributed to an entirely new generation of America's youth? Great, right? Now though — imagine the inevitable, unsettling realization that children's programming makes absolutely no sense to anyone over the age of five. This is exactly what happened to me today when Nickelodeon announced plans to reboot the Teletubbies in 2016. No one can really explain who or what "Teletubbies" are, or why they are, but the important thing is they're coming back, much to the delight of children who are into watching humanoid creatures frolicking on Astro-Turf.

For those unfamiliar with the Teletubbies, just know that, like many children's shows before it, the premise is nothing short of crazy out of context: it's best if you don't think about it too hard, lest your world and perception of the space-time continuum crumble around you. What others shows can compare? Here's a brief, but thorough explainer on other kids' shows that may have been beloved during their time, but with premises that sound so weird out of context:

Yes, let's take a tiny sailboat to a deserted island inhabited by a giant monster frog. Sounds like a chill sitch'.

The Wiggles is a show four guys in four different-colored sweaters. Not much happens. It's Seinfeld for kids.

They're talking vegetables. There's just too much happening here.

Only in a fever dream is furniture supposed to have feelings.

Aliens: they walk among us. Save yourselves.