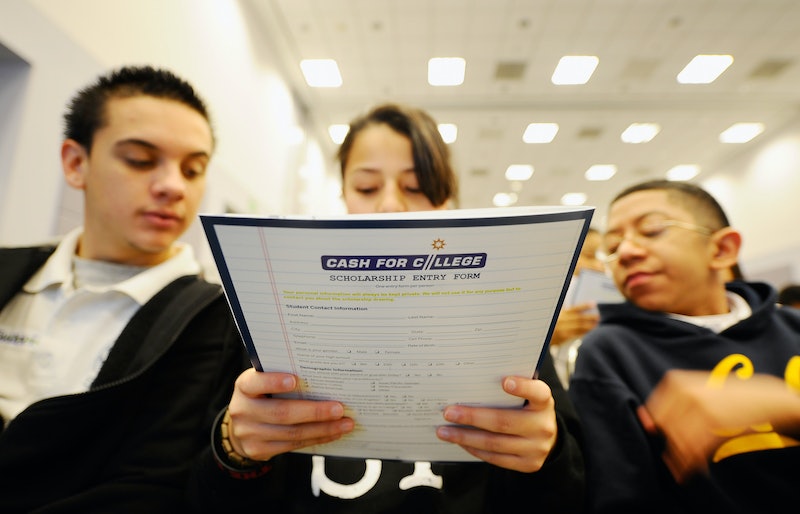 Did you know it was possible to earn a 5.1 grade point average on the 4.0 scale? No? Me either, but apparently that's very much a reality for one Chicago senior. Kenwood Academy student Arianna Alexander got accepted into 26 different universities, and I didn't know that was possible, either. Maybe this is a sign I need to go back to school.

Alexander is, unsurprisingly, the valedictorian of her graduating class at Kenwood Academy in Chicago, and the list of universities that offered admission includes six Ivy League schools. Perhaps most importantly, she received a total of more than $3 million in scholarships, so she was free to choose a school based on where she actually wanted to go rather than the dreaded prospect of student loans. "It means I can afford college and I don't have to worry about it. I feel like that's an issue for a lot of people my age," she told ABC 7 Chicago.

Her father credits their hardworking upbringing with Alexander's staggering number of scholarships, and the student agrees. "So as long as you work hard, I feel like there is always a way for you," she told ABC 7, echoing her father's earlier statement that "if you do your best, you will be the best."

<img width="757" alt="mulan animated GIF " src="http://media.giphy.com/media/QpMBrwCZfb9yE/giphy.gif" height="450" class="article-body-image" title="Image: http://media.giphy.com/media/QpMBrwCZfb9yE/giphy.gif"/>Alexander was adorably surprised by all the admissions love even though, if I may reiterate, she had a 5.1 GPA. “It was a lot to take in. ... It was just like, 'Come here, come here!' They were bombarding me," she said. Choosing between 26 universities sounds nigh impossible, but she made the decision with the help of one of her teachers, Paul Brush. She says she plans to be an entrepreneur and own four restaurants, so she will be attending the University of Pennsylvania for its renowned business school. I may not be a hardworking genius like Alexander, but I am pretty certain of one thing, at least: whatever Alexander ends up choosing to do, we'll be seeing more from her in the future.